HomeReMixesThe Legend of Zelda: A Link to the Past "Dark Horizons"
|

ReMix:The Legend of Zelda: A Link to the Past "Dark Horizons" 5:00

For today we've got an absolutely epic orchestral arrangement of "Dark World" from LttP & several other complementary Zelda themes, courtesy Sam Dillard, who deviates from his previous diet of delicious Metroid for a foray into Hyrule:

"I've been wanting to take on the "Dark World" theme for years, and when Harmony of Heroes came along, I finally got around to it. The problem was, I kind of also wanted to do some tracks for a few of my other favorite Zelda songs too, but since there was limited space on the album, I decided it would be cool to make an amalgam of the different "dark" themed pieces from the series into one big suite, though still focused mainly on the DW at its core.

Took a long time to compose... a very long time, almost didn't know if it would even make the album release, hehe. The choir is just a blend of Latin and Slavonic phonetic sounds used purely as supporting instrumentation! Maybe one of these days I'll get to work with the real McCoy, but for now it's basically just carefully controlled gibberish, haha. Anyway, thanks for listening. :)"

Fantastic, elaborate, & triumphant arrangement; it's certainly in good company in terms of gibberish choral lyrics, which are usually a result of the stock vowel/consonant/phrases available in the better choir libraries. When it's this durn epic, it really doesn't matter what they're saying :) Sam eschews electronic/cinematic hybrid components for a more straightforwardly-symphonic sound palette, putting choral elements to excellent use as well for a piece that really channels the spirit of adventure found throughout the Zelda universe. Palpable writes:

"Sam has set a pretty high standard for himself, and his first non-Metroid piece that I've heard is no slouch. The piece starts with bits of flute trill and choir that slowly tease the intro of "Dark World", before breaking into the triumphant main melody. The way Sam builds up to this moment is nothing short of masterful, and that's just the first minute. The song steps through several of the dark Zelda themes effortlessly, but what I love more than the transitions is how good Sam is at adding new partwriting. When I heard the string runs at 1:02, they fit so well I couldn't remember whether they were in the original song. There is one transition in particular deserves to be called out for its genius: the moment at 4:12 where the A-section suddenly cuts to the B-section - instantly brought a smile to my face. Absolutely top-shelf music, and a must-listen for fans of the Zelda series (which is just about everyone!)."

What he said; this is a humdinger of an arrangement that fires on all cylinders and which deserves all the praise & playbacks it can get; check it out ASAP, check out the rest of the formidable & excellent release that is Harmony of Heroes, and keep tabs on Sam's latest projects @ www.samostudios.com.

You can't go wrong with Sam Dillard. A superb orchestral/cinematic remix, full of surprises and epicness. The choir is a neat addition. The arrangement is excellent and so is the production. A truly epic take on the source. I love it! 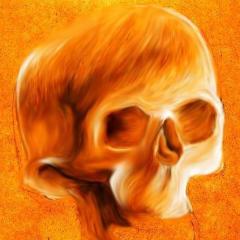 Would I be mistaken in thinking that the choir samples used in this are Cinesamples Voxos?

Now this is the kind of ReMix that I would be happy to hear on a Zelda cartoon show of LttP. The choir wasn't overused and sounded great. I loved the transition from the Dark World to Death Mountain and then into the Dungeon. Even the ending with Hyrule Castle worked so well. So smooth and seamless. This is fantastic work, damn good orchestral take of these themes.

Thanks everyone! And yep, it's all fake hehe. Some behind the scenes while I was making it:

Very nice. I would have been convinced that this was done live if it wasn't said that you used samples to do this. I love the dark world theme and this definitely does it justice.

Stunning, and I love the choir!

.... I wish there was a little less reverb, though

Epic is a word that tends to be overused, but it's definitely an appropriate word for this. Very good all around.

Oh wow, a Harmony of Heroes track? Is this the first time the album's been mentioned on OCRemix? Glad for this; I only found about Harmony of a Hunter (and 101% Run) because OCRemix posted a bunch of the tracks, and people really oughta hear about this album (and Final Smash).

My favourite part of Dark Horizons has got to be from 4:08 to 4:38, where "Dark World" is playing again, it gets all triumphant, and then suddenly whips to a "Hyrule Castle" cameo.

Very very chilling arrangement. Almost reminds me of Aladdin in some respects.

If you liked this (and how could you not), Sam is Kickstarting a Chrono Trigger album with some stretch goals that include more remixes from Chrono Cross, Crystalis, and Xenogears (so far!).