Slimy made a memorable debut a couple months ago with an excellent orchestral arrangement of Super Castlevania IV that was part of the Vampire Variations III album, and I'm thrilled to see him follow that up with a standalone submission, taking on the music of the original Metroid with a similarly dramatic & symphonic flare:

"During which I express my love for Metroid and horns in one fell swoop. All while failing to meet a deadline that would make the title of this arrangement relevant to any real-world anniversaries. At 1:22, I tried very hard to capture the mood of the original, which I love. (Everyone listening can be the judge of whether I succeeded.) I didn't like the Metroid Zero Mission remix - it loses the rather lonesome feel, bombards you with loud, obnoxious chords, skips the opening, and changes the climax! So, I guess this is sort of my answer to that. Metroid for the NES has an incredible atmosphere, and, although other Metroid games had their own incredible atmospheres, I don't think any really matched the style of the original.

Of course, nostalgia goggles going through my skull is probably the biggest factor in my love for the original game. By the way, the second half of the remix is undoubtedly inspired by Nutritious's "The Galaxy Awaits" remix from the Reserve Tank: VARIAtions album."

Really cool, dramatic intro grabs hold of you right away with thunderous drums and sparse, haunting instrumentation, and things build from there into epic, space-faring proportions. Larry Oji writes:

"What a tremendous orchestration by Slimy. The ear candy's strong with this one, and, as usual, the Metroid series' themes lend themselves so naturally to exploratory, cinematic orchestration. Much like Sam Dillard's work, this was quite the extended ride through the Metroid universe, with Slimy primarily hitting the original game's title theme with some brief but tasteful and seamless cameos of other themes worked in.

There's a pretty subtly dynamic and extended treatment of the main "Title" theme for the first half before using the item room jingle, "Silence," as the jump off point to the tenser second half with the perfect pairing of Super Metroid's theme in the background from 4:18-4:49.

My personal highlight of smart original writing were the string chord accents from 4:50-5:13 that beautifully fit like a glove, but if you pay attention, there's way more detail work in the instrumentation and dynamics of the writing to appreciate, so I'm interested in hearing what stands out for other reviewers. I've been a big fan of Slimy's work since arriving at OCR through the Vampire Variations III album, and this one will continue to put him on the map within the community. Great job!"

Ditto all that; there's a weight & heft to this arrangement that achieves a modern scope & feel without deviating from traditional symphonic colors, and I love that. This is a great ReMix of some very iconic and distinct themes which puts an equally distinct spin on them, building something important & substantive in the process. Even better than Slimy's impressive debut, I think a LOT of folks will dig this, as it paints a very rich, striking, & expansive picture of Metroid's universe.

This is awesome, man. All the emotions and feelings I'd expect from an exploratory game with a haunting undertone like Metroid is present and accounted for here, with a beautiful orchestral arrangement that has tight production and very intelligent writing. This is as solid as a rock, good stuff!

I just got chills. This is a powerful piece that really makes use of the original themes and moods associated with them. Well done!

Awesome. That is how you orchestrate the Metroid title theme.

In one fell swoop, this track manages to encapsulate all the moods that the Metroid series represents. Dark, haunting, adventurous, mysterious, and a little bit of excitement here and there. What else could be said that hasn't been said already? Everything was flawless, and arranged so brilliantly, it could pass as an official arrangement produced by Nintendo.

I always like how ambitious your arrangements can be. This still retains the general mood of Metroid, but adapts it into an orchestration that utilizes a great deal of dynamic range and lets the brass players have some fun too, instead of mainly the strings players. The percussion work was also notable and well-executed, and I thought they helped anchor the track pretty often.

I really enjoyed the progression throughout the piece.

Excellent passing of the thematic material.

Metroid being one of my favorite games/series ever, without even reading the liner notes on the song page, I recognized the source material used throughout the song, and I feel that the orchestral arrangement completely does it justice. The song is continually moving forward, and it brought a smile to my face when I heard the strings come in at 4:21, and the horn cameos at 5:20 and 5:30. The ambience at the beginning (and throughout) works well, the bold sections swell without becoming overpowering, and the final 'fanfare' section at 6.16 felt suitably grand and rewarding, I could really hear the dynamic range of the trumpet for the final measures. Amazing work! 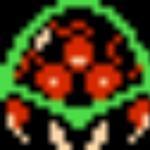 Is this the Slimy from the Revival Forums!? If so, awesome to see you getting recognition, I've always loved your musical work! It's me, Drevan