Since WATER is a shorter album, we're only flooding three mixes, but we end our mini-deluge with a BANG, as Sixto Sounds (!!) teams up with Jeff Ball (!!) for a badass violin-infused hard rock take on "Battle 1," as Medrano & Ball trade licks on their respective axes; Sixto Sounds writes:

"A simple rock arrangement of FFV's "Battle Theme" with some really awesome violins by Jeff Ball."

Juan's been branching out a lot lately with his arrangements - very successfully I'd say - but this is sort of a return-to-roots ReMix that's old-school Sixto Sounds in all the right ways, with Jeff Ball adding that something-something on super-expressive violin parts that hold their own with the lead electric. Album director Shariq "DarkeSword" Ansari writes:

"Well, this is what we expect from Sixto, isn't it? A pretty straightforward rock take on a classic Final Fantasy V track, but no less awesome. Sixto's guitars are crunchy and driving, providing an excellent background for featured violinist Jeff Ball's great performance of the melody. Sometimes simple and straightforward works best, and this is no exception."

Well said; this almost feels like a throwback mix, but in the best of ways... not overthought, super-finessed, or strenuously conceptualized, this ReMix delivers one thing: a great, enjoyable rock arrangement that features standout performances on guitar & violin. Congrats to both artists, to Shariq for hanging in there & pulling things together, to Maya for some amazing album art that really conveys the theme of the series very effectively, and to all the artists who came together to make WATER the essence of wetness!

We know it took a long time, but it's finally here: we hope you enjoy Final Fantasy V: The Fabled Warriors ~II. WATER~!!

This totally standard rock music remix from oldcomer Sixto Sounds is pretty good. He's much more adventurous now (as evidenced by that opening song, which for some reason, wasn't posted in place of this one!) A little dated on the production, but nothing wrong with the song at all. Quite a rocking piece of notation for fans of distorted guitar music.

That switch to Ahead on Our Way. Pretty solid mix.

Is there a reason this video is unlisted on YouTube?

I dunno, there's something here that just doesn't sit right with me, and I normally love violin/rock music. I don't feel like they play well together here at all, but rather feels like the backing guitar and violin are just doing their own thing. In contrast, the violin does a lovely job accompanying the lead guitar, but it's way too quiet--I didn't even hear it the first time. I think if this had been sent back to just make that overdriven guitar less overpowering, this would be a vastly better song--I really enjoyed the parts where it wasn't there at all (e.g. 0:21-0:42). I also felt like the violin was a little too squeaky in parts--that opening at 0:05 is really jarring.

Also, "Ahead on Our Way" needs to be credited as a source.

Gods, this crushes. The mix starts off interesting just from the juxtaposition of the violin and the guitars, but man, get to 0:45 and they start working together, and it only gets better from there. The write up may say this is a simple rock arrangement, and parts of it are, but man, does that not do justice to the ridiculous transitions at 1:30 and 2:20, where the violin and guitars (respectively) take turns catapulting you into another section. This may not come across as I mean it, but there's plenty of mixes where I'm rocking and plenty where I'm enjoying, but rarely do I experience a mix where I'm rocking and enjoying, and man, the entire last 1/3 of the song is all that. Great build up, great execution, and a beautiful synthesis of two disparate elements into a collective remix that's better than both. Beautifully done. Consider the album downloaded. 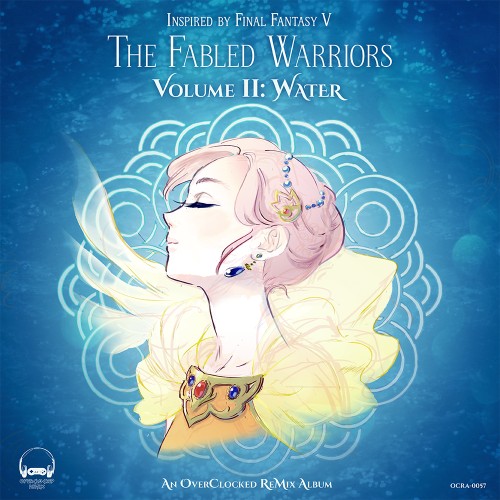