"Around the beginning of last year, I was stuck without a computer. An overheating processor (damn you, Far Cry 3!) caused me to temporarily decommission my rig while I waited for new thermal paste. Which also meant I was stuck without a way to make music the way I normally do. So instead, I picked up my newly-acquired acoustic, and decided to turn "Zelda's Lullaby" from OoT into an actual lullaby, lyrics and all. After tracking the initial version, I contacted Tuberz, who I recalled having an ocarina, to do a little solo. His ocarina was pretty out of tune, but I rolled with it anyway. The version you hear now has been given copious amounts of NewTone love to set it straight. My vocals were also spot-corrected in NewTone as well."

Obviously this theme lends itself very intuitively to such a treatment - it's not an unorthodox direction, to be sure, but Dustin's lyrics and vocal performance provide an intimate, indie, hey-there-delilah sorta vibe that works very nicely. Larry writes:

"Someone hire this man for a ballad! :-) Going this route, Dustin brings it with strong lyrics, just like his wedding reception song, "This Love, Our Love."

As with that piece, the pitch correction on Tuberz' ocarina and DusK's vocals worked well here to keep things smooth; as Jesse "The Body" Ventura says, "Win if you can, lose if you must, but always cheat!" so there's no hate from me in employing NewTone. ;-) The selective moments of vocal chorusing were also pulled off nicely.

When Chimpazilla and I envisioned what the community could do with "Esther's Dreams", DusK really nailed an ideal result for the Sleepytime disc. Here, he channels the innocence of newborns with subtle references to the heroism & beauty throughout the Zelda series for a heartfelt acoustic lullaby. Equal parts earnest, comforting, and reassuring, it's a wonderful and optimistic piece to send a kid off to their night's journey. :-)"

Well said; of course, if said kid wakes up 20 minutes later and wants you to read The Very Hungry Caterpillar ONE MORE TIME, your own personal serenity might be challenged ;) It's a straightforward, fitting, & heartfelt arrangement from DusK & Tuberz that made complete sense on the album, as Larry mentions, and the lyrics in particular fit well with the melody & feel natural. On top of that you get a legit ocarina performance, which was a very nice touch. Sweet dreams!

This was definitely the highlight of the album for me. It was very sweet and even made me tear up a little (no joke, lol). One small gripe I have is that the part where "naive" was sung sounded a little forced because of having two syllables. Only thing that would have made it better IMO is a female vocal (no offense, your voice wasn't too bad) b/c that would make more sense in the context of the game (since Impa would have been singing it to Zelda). Great work! 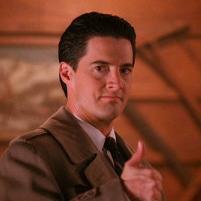 Man, something about the sound of an ocarina ...

Go to sleep, fast asleep
Mind so calm, yet thoughts so deep
In your dreams, waving grass, rushing streams
See a beam of light

Dream of a hero's eyes
So naive, yet oh so wise
All of your worries melt away