HomeReMixesThe Legend of Zelda: A Link to the Past "Raining at Hyrule Castle"
|

ReMix:The Legend of Zelda: A Link to the Past "Raining at Hyrule Castle" 5:31

Our second flood mix from Mirror Image: A Link to the Past ReMixed comes from album co-director WillRock (William Harby) himself, offering an electrified heavy metal / prog take on the "Hyrule Castle" theme and, generally, killing it:

"The title of this remix might seem awful (and it is) but along with the extended intro, it is in fact a reference to a certain track in Cowboy Bebop. Beyond that, it's a heavy metal version of the Hyrule Castle theme. I was influenced quite heavily by Savatage for this, whose highly medieval fantasy-inspired tone to their music was something I was attempting to replicate. For a time, I considered turning this into a song, but when I made this instrumental version, I didn't feel the need."

More metal, more rock, a bit heavier and perhaps more aggressive than typical WR joint, but still with all the great things we've come to expect... including synth hero soloing, which made me smile. But.... DAT GEETAR SOLO at 3'45" is pure fire; I don't care if you're bald or short-haired like me, you NEED to envision yourself with a huge, fabulously glam head full of hairsprayed hair, and ripped jeans, while you're headbanging to this particular solo. Great genre transition, executed with confidence & POWER, bookended by deceptively calm rain, but do not be fooled - Will came to melt face, chew bubblegum, and kick ass, and he's all out of face. Bubblegum, I meant bubblegum; highly recommended!

When I first heard that track, I instantly thought of Cowboy Bebop, I definitely dig that reference

More guitar than we may have expected from WillRock (I suppose? I mean, he DoesRock...), but it's a good side trip out of pure 80s synth rock and into a synth-augmented, Rudess/Satriani-styled rockfest.

EXCUSE ME WHILE I PICK MY JAW OFF THE FLOOR....

Primary Game:
The Legend of Zelda: A Link to the Past (Nintendo , 1991, SNES)
Music by Koji Kondo
Songs:
"Hyrule Castle" 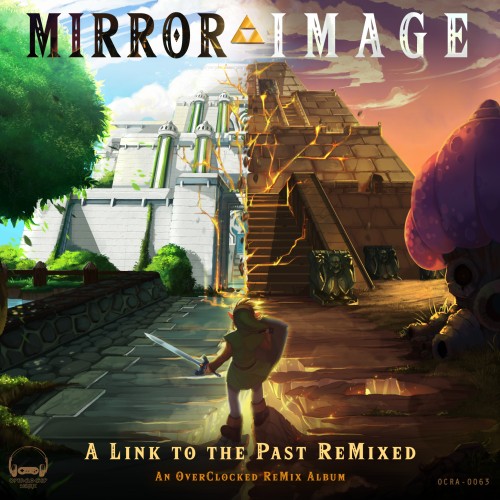