Our second cut from Heretic Sinphony is a gothic rollercoaster of suspenseful string/orchestral work & bouncing EDM bits that introduces its anthemic main motif halfway through, as wailing synth/guitar flow forth from the abyss. Ghetto Lee Lewis (Thomas Nelson) writes:

"This was actually the last song I worked on for the album, and, honestly, I was feeling a bit burnt out by this point. I pretty much wanted to bring some energy out that I felt was missing in the original source (with a hard-hitting tripleted electronic rhythm) and still maintain that dark element. I feel like I accomplished this with the choirs and use of dissonant textures in the mix. The guitar section essentially represents the struggle of the hero against the insurmountable forces he must overcome, before he himself comes to the self-realization that he must truly embrace the darkness in order to defeat it."

Cool gate/pulse on the choir, especially discernible towards the end. This probably could have been stretched out a bit further, with a repeat of the cathartic main melody, but this way it has the transformative narrative arc that Thomas describes, delivered in a tightly-wrapped package. Liontamer writes:

"The choir, piano, and synths all worked nicely at the start to set the table before the bowed string parts ratcheted up the tension and transitioned to the sequenced electric guitar. The guitar synth's not going to fool anyone, but the soloing section was strong and worked well with the synth line after it to climax the piece before it wound down. Kevin Schilder's original "The Great Hall" already had good momentum and energy to it, but GLL succeeded in adapting this to an electronic style while still maintaining and enhancing the source's dark mood. Definitely mission accomplished by Ghetto Lee Lewis both with this track as well as paying tribute to an overlooked gem of id Software's PC family that ran alongside the Wolfenstein and Doom series."

Perhaps it'll be revived some day, as those two franchises have certainly seen new life & ideas... Hexen III? Heretic III? I'd be interested in seeing what could be done with crazy spells and themes of blasphemy, heresy, etc. in a more modern presentation. In the meantime, it's a little over a week to Halloween, GLL has returned to OCR with style and plenty of musical mojo, we may have another treat for you before 10/31, but right now... we've got a Heretic Sinphony to attend!

There's no bad track on this album if you're a fan of the game but I wouldn't even call the two that are on official site (as of August 2018) my favorite ones in it. The first track immediately takes you back to the first map of the game, a pretty solid remix without changing the style. The selection was lean and well done, including this track. Would be nice to have tracks like these ported to Heretic running on Zandronum as fmod audio. 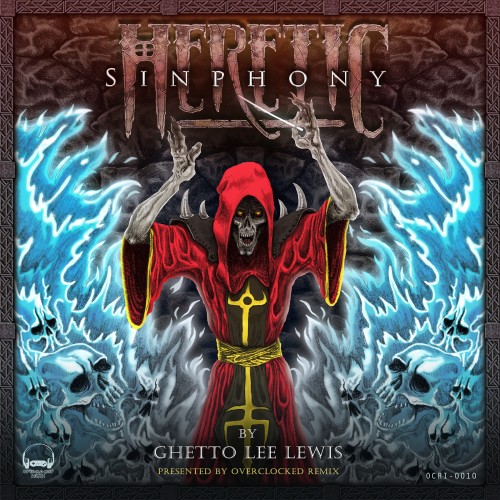