We released Candy Corn II: The Sequeling, which was thoroughly & brilliantly inspired by The Twilight Zone, on Halloween, and only a few DAYS later, CBS announced a series reboot with Get Out director Jordan Peele involved...

"Soooooooooo long long ago I heard Hyperduck Soundwork's 'Yearning of the Winds' and I was moved by it, more just moved I was awash with ideas and I prophesized that PBS-core is a genre that's time is nigh. I wasn't just being over the top, I meant it! If there's one thing I don't want lost is the very real feeling of times past and how good music, done with the right atmosphere can pull us back to that time and give us a sort of tactile sensation. For me it's playing DKC on this gross old shag carpet, that was waaaay past it's prime."

Music is always kinda looking forward, backward, and sideways by its very nature, but that can certainly be done more explicitly & with a conscious effort to hone in on one particular aesthetic, one point in time that can crystallize for listeners through just the right sounds, playing just the right notes, with just the right textures. The artist has a good ear for doing just that, and even without the VHS FX & treatment, this shines through as a modernized synth stroll down 1980's nostalgia lane. Stranger Things is doing a fantastic job of capturing the time period for those who didn't live through it as children (congrats to BGC for inclusion of his track from There Came an Echo w/ Ash & Malukah on the S2 soundtrack!), but the show should also be seen as part of a larger resurgence, revisiting, and reinterpretation of those aesthetics, and this mix fits right in with that. Great stuff from a great album - check the whole thing out & get hyped for the return of The Twilight Zone!

Thoroughly excellent take on a classic theme, somehow distilling it and rebuilding it into something different yet equally nostalgic.

Looks like YoshiBlade has out done himself. I finally have a capstone DK2 mix. I'm not talking about quintessential DK2 (Tricky Swamp!). No, I'm talking about the mix that goes beyond the game. The one you could loop for an hour and be glad you did it (totally serious). That's this remix. I love how the start tape sound and end tape sound are timed perfectly, on repeat.

I'd also like to say that I don't find Stickerbush Symphony to be a town bicycle or anything. Sure its in the top 50, but not the top 25. Of the pure ones I only had the DnB and piano version, both rather far from the original feel, in my opinion. So thanks for trying what others have already tried before, YB. You've certainly put yourself on the map with this one.

There's about a dozen Stickerbush Symphony remixes I love, but this has gotta be near the top. Its exactly what djpretzel said about capturing a particular aesthetic and honing in on it. 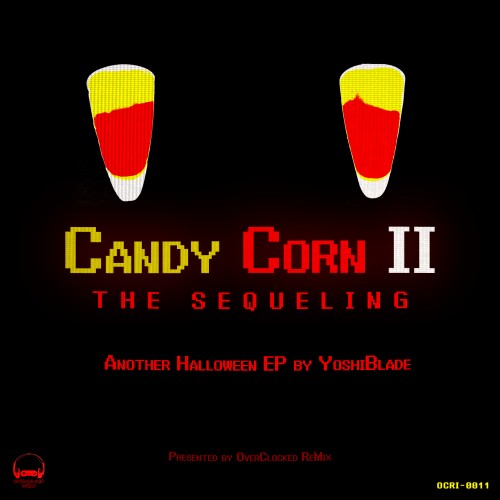