Again. Again ;) Mike Vafeas returns to OCR after another hiatus with an energetic & groovy take on "New Junk City" from Tommy Tallarico's score to Earthworm Jim!!

"It's been quite a while! I'm not hailing this as a masterpiece by any means, but I just finished it and it came out pretty nifty, so I wanted to send it along in case you guys wanted to feature it on the site.

I was originally going to wait till I had something more grand and impressive to submit as the first track under my new handle, but my new direction is more about going on a creative journey than any grand, cohesive artistic vision. I'm admittedly quite rusty at remixing, and I learned a lot of new LIVE techniques from working on this piece, but putting it together (though at times frustrating!) was still a blast.

Thanks, guys!! Hope you enjoy!"

Sometimes we get trapped up in expectations - our own, or our perceptions of others' - and it can end up dictating our creative process too much or, worse, curtailing it. I think Mike's got the right idea in enjoying the journey & the exploration part and not worrying unreasonably about the end result, especially in a comparative sense. If you dig what you made, you had fun making it, and you grew as an artist, that's really a win-win regardless of anything else that happens. If others dig it too & it happens to work for being featured on OCR, so be it!

This mix checks those two boxes, in my book, with a bit o' swagger & funk, plenty of synths, some more modern accompanying synth FX, and a strong downbeat. Additional layers are added as things progress, which gives listeners a good opportunity to identify the ingredients as they are introduced. I think swapping out the organ lead for something else at some point would have addressed what I like to call "lead fatigue" and helped differentiate the sections of the arrangement, and I also think bringing in some more aggressive drums & drum processing would have been a cool way to up the energy towards the end, for more dynamic contrast & development. Larry writes:

"That said, the rhythmic variations to the source tune right from the get-go and the textural variations with the instrumentation over time were both crucial in providing substantial enough interpretation."

Good stuff; not better than MkVaff's best arrangements, sure, but a solid & fun return - be on the lookout for more as a veteran of the scene gets back into the game! 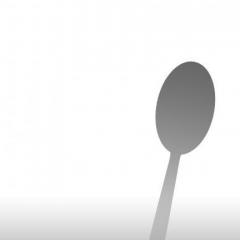 A legend returns! McVaffe's IceCapped is one of the first remixes I had to download. Happy days.

A solid mix overall. The drums are the standout element with just a great punch to them.

It's so great to see one of the best remixers from the early days of this site back in action! Literally 14 of the mixes on my fave game mixes playlist are from MkV (and I'm a pretty selective person). More mixes from the mixing god are certainly welcome in my book

This really takes me back, and awesome to hear new work! But does anyone notice how this sounds exactly like Jade Gemini??

I was instantly taken back to playing this game for the first time. This is a great remix with some nice nice retro feel to it.

Ah, MkVaff, one of the true OG's of OCR lore; he's pretty much up there with Disco Dan and IAmEvil as far as prestige goes.

I'm glad we were able to post this track - it's an entertaining as hell arrangement of an under-represented soundtrack - and I'm excited to hear what you got in store for us in the future.

This mix brings back memories. and you know ITS great and wonderful i love everything bout this song and im gonna show this to tommy when i see him at videogameslive next year when they come to my town.

This mix is taking me to a Higher Ground.

Mike's early remixes were a huge inspiration for me to get into music and remixing.

Glad to see him back. 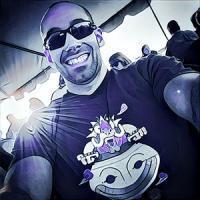 I actually wasn't expecting this to go up on the site, but I'm super glad that people will have a chance to check it out here. Thanks for posting, guys! And yes, this time I hope to stay 'back' for a while. I've missed this way too much =)

Holy crap, McVaffe is back, and his "c" is now a "k"!! (FYI, I've been following his stuff since at least 1996 (I have three MIDI files, MCVLATIN.MID and MCVMIDAS.MID that I apparently downloaded in July of 1996, and a third, MCVWATER.MID, that I downloaded in August of '96), likely making him the first "remixer" I began paying attention to).

Awesome remix, as always, and hope to see more from him soon!!