Arranging the music of 5 songs...

While Songs of the Sirens: Link's Awakening ReMixed was directed/conceptualized by DaMonz & WillRock, who ALSO put Mirror Image together, it ended up being far less of an EDM joint than its predecessor, running more of a stylistic gamut & allowing for ambient, haunting, conceptual pieces like this medley gem from Rebecca E. Tripp:

"Abyssal Reverie" means "highly suggestible state." It implies a kind of trance-like mode of consciousness, somewhere between sleep and wakefulness. In this miniature medley, which is in part a revised "new age" excerpt from my "Link's Awakening Epic Orchestral Medley," I wanted to convey such modes of consciousness via sound. The music is, therefore, mysterious, playful, strange, and at times unsettling, not unlike a dream.

I chose themes that I felt were reminiscent of classical stories about mermaids, sirens, faeries, and other magical (usually, though not always) feminine apparitions of illusion and beauty. I think on one level Link's Awakening is a story about a mind being momentarily led astray, and then eventually finding its way back into consciousness. It's a story of a hapless dreamer discovering transcendent "truth" in the midst of fiction. For this reason, I chose to "wake" the dreamer at the end, by resolving most (though not all) of the "tension.""

Very free-association, stream-of-consciousness, dreamlike structure, moving from theme to theme amidst a sea of sustained choral notes, rise-fall arpeggious, and a glistening, deep soundscape. As Rebecca says, this is mysterious and even borders on sinister/unsettling at points, but ultimately delivers a vignette of related, hypnotic feels. While she often employs a similar instrumentation palette, I feel like her arrangements and production have continued branching out, and this piece eschews verse-chorus for something more exploratory & uncertain. Compelling stuff which ended up adding a specific vibe to Songs of the Sirens, deepening its bench & widening its vision. Great work!

I like the potential of this folksy remix but I think it could've benefited from a crescendo at some point. It just seems to kinda meander but not really go anywhere all that interesting 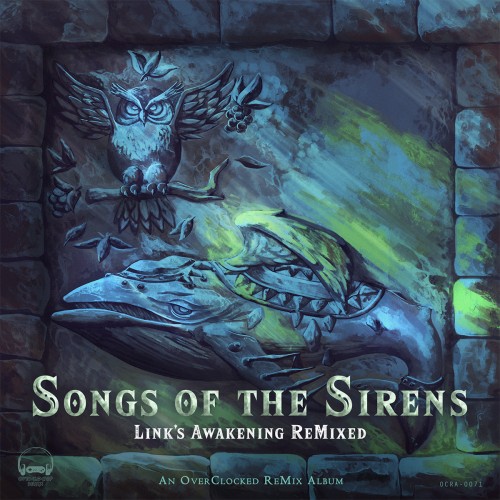