"Secret of the Forest"

What better way to spend social isolation & quarantine than to enjoy a smooth, ambient Chrono Trigger ballad/jam from none other than mv (Xavier Dang), who returns in style after a six-year hiatus:

"Here's a new submission from me, it was finished last year but I let it sit for a while to polish the sound a bit. I'm not too sure if it's exactly how I wanted it to sound but gotta wrap it at some point. I hope you'll dig it!

Similar to some of my previous OC ReMixes, this is pretty loungey/chill. Production side is better though and this has more layers to it: Rhodes, piano, synths, two drumsets, some orchestral goodness, and other goodies. I won't be too original by saying that Chrono Trigger is one of my favorite soundtracks ever. I always found the original track to be very soothing and calming, so I didn't deviate from that feel too much, but added some sort of mature groove to it, so to speak (haha), as well as various improvisations.

Hope this makes the cut! It's nice to be back."

Xavier's built up a large following on Twitch & YouTube since we last featured his music,and it's well-deserved; his tunes & his attitude have always been super chill, and this near-seven-minute slow jam is no exception. I especially love the attention he's paid to the synth bass, which is more active & funkier than most elements and adds a bit more movement to the soundscape. It's written almost like a fretless part, and the whole piece has echoes of fusion/r&b while not decisively falling neatly into any one genre. The blend's the thing, here, as synth strings, rhodes, the aforementioned bass, and mixed drums all coalesce into a unified, slick, & polished whole - nothing *too* fancy, elaborate, or "shiny" in terms of solos or FX or prog-style modulations, just a focused, refined, and ultra-posh take on a great theme. Can't ask for much more than that - fantastic to see Xavier back on the OCR homepage - enjoy!

Been a huge fan since this track first appeared here! Saying this one is just good would be an understatement, I think. A real masterpiece, no less. Nothing too fancy, no crazy soloing, just super smooth and focused flow. The bass is, of course, super thick, and it's hard not to like it! Really love the drum switch-up at 3:13 and starting at 5:30 is simply my favorite part - the repeated melody really carries you away there in an almost hypnotising fashion. Brilliant! 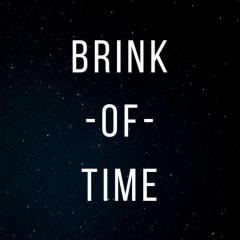 This is absolutely fantastic. I love that bass! Always good to see a mv mix!

MV! Someone literally reminded me of this site this morning. Glad to see you're still in the game and doing the classics. Loved the original, loving the smooth styling of the remix.

It's hard to do a bad Secret of the Forest remix, but this is exemplary nonetheless!