We're gonna travel back in time... to yesterday... to celebrate the 25th US anniversary of Chrono Trigger with this absolutely gorgeous chip/EDM chillness from DDRKirby(ISQ) [Timmie Wong]:

"This one is another remix that comes courtesy of my Patreon campaign, requested by Shadoninja. The original source tune is called "Corridor(s) of Time." I started this out with the basic idea of taking a slower, more experimental composition approach (similar to my "Phendrana Drifts" mix) but somehow, without even planning to, "time" itself, and specifically ways to modulate it, ended up becoming a central theme for the mix.

This shows up in several ways:

This is one of those ones that I spent a bit more time on than usual. I hope you enjoy it :)"

So cool; one of Timmie's best, even if it's a source we have ingrained in our collective neural VGM pathways. The idea to play with time in any of the ways outlined, given the source, isn't necessarily unheard of, but combining several such techniques - and having the resulting track still be a badass, chill, & entirely enjoyable affair - is rather impressive. Larry Oji writes:

"As one who's personally stretched for time these days, all I have time to say is that I greatly enjoyed the ride. :-) Thanks so much to Timmie for submitting this, and allowing us to say happy 25th anniversary in the U.S. to one of THE most influential and inspirational soundtracks in the entire history of video games."

Things Popular to Claim As Overrated That I Believe Are NOT Overrated (An Incomplete List):

For some reason this mix makes me think of ecco the dolphin. Very chill but also has underwater vibes somehow. 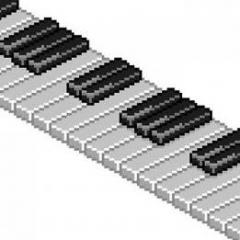 Yeah, I really like this too! Nice how you build suspense by withholding the melody and only playing parts at a time. Drum rhythms also pretty tight

I did not want this song to end. This could have gone on for twice the length as far as I'm concerned. Timmie, your latest remixes have been an absolute masterclass in how to take a popular source in all sorts of directions that are at once fresh and yet familiar. There are so many beautiful countermelodies and arpeggios that I can just get lost in, and the extra production work really complements the chiptune pallette that forms the base of the arrangement. Superlative work!