We've explored the more electronic/cinematic side of Harmony of a Hunter Returns - now it's time for some chugs! Viking Guitar (Erik Peabody) takes "Norfair" for an aggressive death metal ride:

"This arrangement was made as part of the Harmony of a Hunter Returns compilation from Shinesparkers. I had contributed two Metroid tracks to the original Harmony of a Hunter album back in 2011, and it was great to get the invitation to whip up a new Metroid tune for this comp. I had been wanting to do a really heavy cover of "Lower Norfair" for a while, and this was the final kick in the pants I needed.

For the song, I reached out to Angel Hernandez for drums. Angel drummed on one of my favorite metal VGM albums (Mega Beardo's Ledjent of Zelda) and was a professional touring metal drummer. He and I have been friends for years, and this was a great opportunity to bring him in on something that I knew he could go nuts on. I couldn't be happier with the results!

As far as the actual arrangement goes, the original tune lends itself really well to a death metal re-envisioning. The opening chord progression starts with a root chord that transitions both a half step up AND a half step down for the subsequent chord. This results in a really gnarly disharmony. It somehow manages to be pleasant and insidious, leaving the listener to wonder where things are going. When the main melody comes in, it has a strong minor feel while incorporating the bII degree used in more sinister-sounding modes. As the song progresses, it largely follows an ascending minor third modulation, which basically turns the whole thing into a big-ass diminished progression while still retaining minor melody throughout. The result is exactly what it should be: it imparts a sense that the listener is walking through ominous ruins. There is grandeur and decay and foreboding. How could this NOT dovetail with a heavy metal aesthetic?

From an audio production standpoint, guitars and bass were DI and reamped in the box. Amp sims are Fortin Nameless and NaLex Pectifier (rhythm guitars), Fortin Nameless, POD Farm (yes, even in 2021), and Brainworx's bx_megadual (leads), and Brainworx's bx_bassdude (cleans). Impulse responses were a blend of stock IRs with the various amp sims, Mendel IRs from the Drums and Tones website, and 3Sigma IRs. Bass was reamped through Brainworx's bx_SVT3Pro. Drum kick and snare were reinforced with Slate Trigger samples, but the main drums you're hearing are the actual miced drums that Angel used. Mixing was done by me using a variety of plugins including Brainworx SSL emulations, Kuassa guitar effects, and other plugins from Sonnox, Soundtoys, and Cockos. If anyone reading this ACTUALLY likes talking about audio production, you're more than welcome to hit me up. I mix and master full-time and would love to talk about it with VGM enthusiasts.

This is probably already way too long, so I'll cut it here. I just want to close by saying it's great to toss some REALLY heavy VGM out into the world. Music, and especially heavy music, can be cathartic and empowering as hell, and I hope everyone listening to this gets fired up as much as I did arranging it. KEEP THE WORLD METAL!"

Come for the shreddage, stay for the enlightened treatise on the therapeutic powers of music :) I'm no guitarist, but I do love the sound of those Neural DSP amp sims - everything here has *teeth,* with a menacing bite that conveys the appropriate heft & rage. I was wondering how Erik would extend something this fast & dense out past the five minute marker, and the answer is some blistering, nazi-guy-with-hat-and-glasses-at-the-end-of-raiders level face-melting soloing, circa 2'43", after some exciting dropouts & drum fills. Liontamer evaluated:

Not just heavy; downright chonky. Thicc, if you prefer. Drums are on point and - while still very tight - have that human, performed aspect to their timing which injects additional kinetic energy into an already-supercharged production. While I'm pretty sure I've had Bowels of Torment before, especially that one time when I got food poisoning in San Antonio, it never sounded remotely as good. Superb work from Erik with value-added drummin' from Angel, making for a kickass track & another highlight from the album! 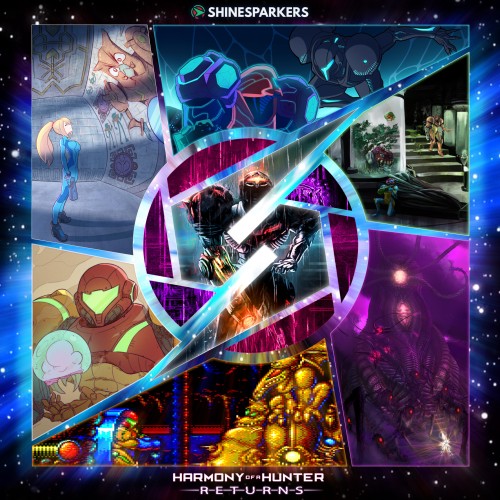