Well, well, well... the day has finally arrived! We're incredibly proud to have the OC Jazz Collective's SECOND jazz EP released today, on this seventh day of the month. What better way to celebrate OCR's 77th community album than with Mode Seven: A Jazz Tribute to the SNES! We've got 10 great tracks assembled by band leader Dylan Wiest (who's sidelined with COVID today but truckin' with us), and djpretzel and I are psyched to finally have this wonderful release in your ears, with three mixposts today to entice YOU, fellow VGM connoisseurs. If you enjoy game music, jazz, and/or polished live performances, this album is a must-have! As project director, Dylan shared his perspective on how the most celebrated platform of the 16-bit era has inspired VGM to this day:

"For many gamers, the SNES marked a golden age of video games and the soundtracks that accompanied them. For the first time, technology was available that was capable of producing games with vivid art, complex and captivating storylines, and music that could truly establish the atmosphere required to complete a fully engaging experience for gamers. Game developers were finally able to produce epic masterpieces on Game Paks that truly represented their artistic vision, as opposed to relying on the imagination of gamers to fill in the gaps left by the technology of previous generation consoles.

Though the SNES served as a launching pad for the level of immersiveness video games would go on to provide over the next 30 years, it was also the pinnacle of the 16-bit era, providing gamers with one last glimpse of how far technology had come before game developers would go back to the drawing board to start from scratch in the 3D era of graphics. The SNES's relatively minimal, sprite-heavy graphics showed how vivid and imaginative artists could be with fairly primitive technology, and it has always amazed me how well SNES-era graphics have aged when compared with their 3D successors. Likewise, the SNES's SPC700 audio engine, which could only handle 8 distinct voices at any given time and up to 64kb of audio data, required composers to be extremely thoughtful in the choices they made. The phrase "limitation breeds creativity", is profoundly apt when it comes to the artists who brought us the masterpieces of the 16-bit era, which have gone on to inspire a sort of renaissance in recent years with the explosive popularity of 16-bit style games such as Shovel Knight or Octopath Traveler, as well as the world of chiptunes and music trackers."

Our first Mode Seven flood track, not to be confused with Undertale's "MEGALOVANIA", takes on Live A Live's "MEGALOMANIA", an ALL-CAPS-titled work by Yoko Shimomura, herself a legendary game composer with a legacy tied to the SNES (Street Fighter II/Front Mission/Super Mario RPG)! Alejandro Espinosa took the arrangement reins for this one, with an all-star lineup for the OCJC:

Right from the rip, this engages the listener with a slowed down rendition of the melody that beautifully focused on DrumUltimA's extended vibraphone introduction before finally ramping up at 1:30. Shimomura's source tune is much more frantic than this version, which is nothing but smooth with nice aspects of funk in the mix, particularly from Nostalvania's clav soloing (something I know djp will get a kick out of), as well as insaneintherainmusic making his OCR debut at 3:40 on sax! Wiesty summarized the journey for this piece coming together and was also excited for more teamups with Alejandro down the line:

"Alejandro has been an amazing addition to the OCJC since he started working with us a few years ago. When he brought this source to the album as an idea, I had never even heard of the game, but the music was super hip and had a lot of potential. Lo and behold, Alejandro had the foresight to arrange some great music from a relatively obscure game, which was actually just recently re-released on the Nintendo Switch, 28 years after its Japan-only launch. Alejandro writes some very challenging music, and this arrangement was no exception, with the introductory vibes part requiring Doug to overdub his vibes, while also providing hand percussion to back up the drums. The drum part Alejandro envisioned required Nate Smith-esque energy, which took countless hours of work from Wiesty to capture. The horns did a fantastic job of playing with the energy and accuracy required for this tune, and Carlos Eiene (insaneintherainmusic) even graciously lent his skills, laying down a killer solo on this tune. We're excited to continue working with Alejandro, and to see what challenging and inventive arrangements he will write for us in the future!"

Wow, what a fun ride with great energy the whole way through, with this piece actually serving as the album's closer. We also can't wait to hear what else Alejandro is cooking based off the strength of this piece; he and the OC Jazz Collective make beautiful music together, for sure. :-) Slowing down the original song and having this vibrant performance throughout, I could just get lost in looping 2:45's verse over and over and over again; it feels so organic and comfortable that I could mistake THIS as the original version of the source tune that other people would base their own versions from.

An album like this in the hobbyist community would have been unheard of back when djp conceptualized this site in 1999. Now, with technological gains virtually flattening the earth and enabling global collaborations like this one, we've got professional-grade VGM arrangement albums aplenty within the scene. Mode Seven's a tremendous follow-up to 2016's Chronology by Wiesty and The OC Jazz Collective. Download it, stream it, share it, and let your circles know about that another top-tier VGM jazz album is here! :-D 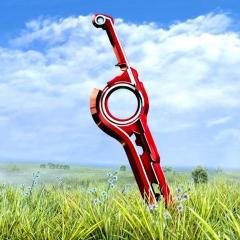 Cancel my plans and listen to on repeat good.

Bite my lower lip and make stupid faces to my family as I bumble/dance throughout the house good.

That jam starting at 3:03 just rocks my world... I will gladly accept an infinite amount of mixes like this.

And it dropped on my birthday? Perfect. 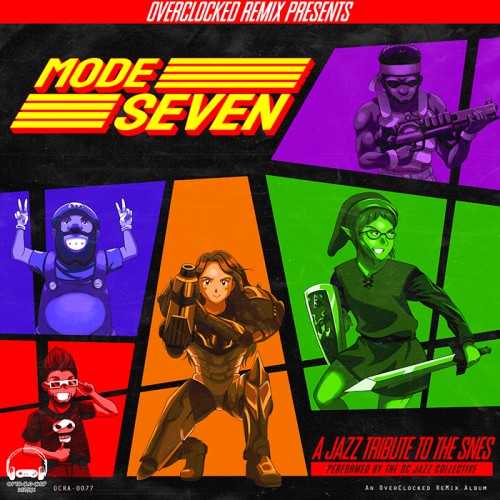