"While I realize that a lot of these chords aren't true jazz theory chords, my intention was to convey the cheesy, homogenous nature of lounge music, as if the Belmont Family had started up a bar band to jam out their zombie fightin' frustrations."

Works for me - of course, he also forgot to include a link for the actual song in his email, which made tracking it down a little more difficult, but at least the payoff was a peculiar, somewhat eccentric medley of Castlevania melodies from the first two NES games and some from Symphony of the Night as well. While it starts out with a cheesier, lounge feel, by the time the distorted lead guitar takes over I'd say the tone has changed quite a bit, intentionally or not, and it's more serious and less camp. This was posted on our WIP forum (check it out & share your feedback on mixes before they show up here), to a pretty warm reception. While sample quality isn't stellar, it's not noticeably bad or prohibitive either, and this is the type of sequencing that overcomes such limitations to a large extent regardless. Less for the sound quality and more for the articulation and mixing, I will point out what I felt was my one point of reticence - the lead guitar at 4'06" is not very human or emotive, largely due to particularly weak attack and being mixed with a curious reverb and additional volume. I like the melody its covering and the general way it works in the arrangement, but sonically this is the one element that gave me pause. Everything else is pretty much like butta, and the sheer quantity of musical ideas, adaptations, and twists and turns is formidable. I'm not one for medleys, and not all of the transitions are seamless, but there's nothing too jarring, forced, or contrived, and the tradeoffs from piano to vibes to guitar work well. Chords, in spite of what Daniel says, sound pretty rich and developed to me. To top it off there's some excellent drum fills that keep true with the elaborate, sequenced feel.

Though it would have partially spoiled the lounge feel, I do think something in the midrange - preferably a pad, but if you wanted to maintain a semblance of truth to genre, an organ - could fill in some gaps where the drums, however good, are a little exposed. This is an accomplishment that Daniel should definitely be proud of, due again to the breadth of musical vision, some careful and attentive sequencing, and some truly nifty adaptation. If the Belmont Family had indeed started up a bar band to jam out their zombie fightin' frustrations, they could certainly do much, much worse. Good, versatile, controlled but exploratory uber-arrangement from Mr. Baranowsky, not to be missed.

UPDATE: the write-up above actually referenced a much older version of the ReMix in question. The newer version has now been uploaded. I was going to go back and edit my comments to fit with the new version, but instead I'm adding this update, because it's quite coincidental - everything I pointed out above as being problematic, down to the last detail, was addressed in the newer version. Looking back over my words, it's almost like I knew what the newer version sounded like in my mind. Weird - just one of those things. With the organ instead of guitar, different drums, and better mastering, this is really a superlative ReMix. Recommended. 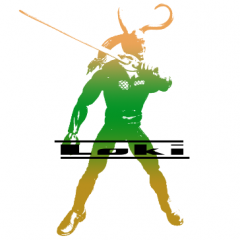 I don't know what it is with this song, but I've loved it since it debuted (well, almost...I did miss the old version).

I have no real gripes with it. It is long, but I find myself enjoying it the whole time. It has a permanent spot on my jazzy remix playlist.

I thought about this mix every-time I passed the now permanently closed Belmont Lounge near Union Square (eh, it wasn't great by all accounts). But this song, this song is great: good beat, perfect for summer night wanderings.

Something about this kind of feels like Castlevania meets Persona, which I suppose is understandable, since Persona is very pop-lounge feeling at times.

I'm usually not terribly fond of Lounge remixes, but I rather dig this one.

So a pretty good medley, but besides the strength of the original themes, there isn't much about the arrangement that really captivates me. It was pleasant enough while I was listening, but nothing compels me to hit 'repeat'. I agree with Dhsu, Danny B has come a long way.

Danny's definitely come a long way since this was posted.

I kinda agree with 42 on this one. It's good, but it's not something I would (usually) purposefully want to listen to attentively. For me, maybe I just feel that a medley of songs which doesn't vary too much from the original (other than in tempo and instrumentation), even if the songs are really slickly combined together and sound so laid-back and flowing, doesn't hold my interest as well as a remix centered around one to a few themes/melodies.

Still, it is worth a listen (or perhaps multiple listens, or longterm love), because it is interesting.

my intention was to convey the cheesy, homogenous nature of lounge music, as if the Belmont Family had started up a bar band to jam out their zombie fightin' frustrations.

While I don't know if Daniel was stating if his mix is cheesy or if lounge music as a whole is cheesy, this mix is not.

It's not really jazz, but it's close enough. Its still smooth, mellow, and good.

My varity in music didn't change much until toward the end of my High School years when I was a Junior and on. I got more into Jazz and well, where am I going with this? I enjoyed the remix. It definately is an interesting remix to say the least. However, even I am having a hard time trying to come up with words to describe this remix. I can tell you I enjoy listening to it when I do homework because it helps me focus, which in a way proves it's good at getting someone to focus on something they are trying to get done rather then trying to pick the thing apart instrument by instrument. It's just a very simple piece that I feel stands on its own due to its rather unusual style, I say unusual because I haven't heard anyone else attempt such a remix in such a way. Definately gets my two thumbs up of approval as far as good listening music goes.

A wonderful remix. I usually prefer a mix to remind me of the game (I hate it when I can't recognize it), but this song blows that thought away. Does remind me of Sim City/The Sims at times, but that is all gravy with me. I honestly think that this could be put in a lounge (maybe even elevator music) and it would sound like authentic Lounge music.

People here have noted the SOTN samples with positive opinions. I like them in there myself also, but they actually seem less "loungey" to me.

These are one of those songs that the genre works the game music, not the other way around.

A definitely well done remix that is certainly going on my Castlevania mix disc(s).

I've had this amazing remix for a long time now..I love it to the max. But i never gave it a post before so i'll do that then...

It flows and builds so, so well. One of those songs that I can keep on repeat for a long time. Kudos.

I love how they snuck in some songs from SotN, seeing how I love the music from the game and that you really dont see to much it anyplace, and there it is blanketed nice and snug in the song, and It sounds darned good to boot. More more more!

Let me put it this way: The remixers here (Most notably goat, but this peice also has played a huge part) have managed to entirely destroy and replace my blanket opinion of Castlevania music. I saw it as crap, but just a couple times through listening to this and StainedGlassFilth.... Great job, Mr. B.

This is great, it's leisure suite simon in the land of the lounge lizards. It's Castlevainia in Cheap Polyester instead of Hardcore Leathers. I love it. It's so cheesy that it trancends all cheesiness. the instumentals fit perfectly. 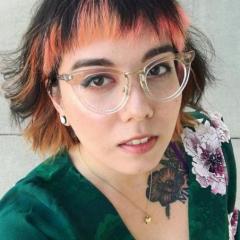 Baranowsky never fails to amaze. Very relaxing. Is it just me or does this have sort of a "flat" sound to it? Otherwise, it's fine.