Meeting Maze at MAG was not only magnificent, but alliterative. Funny story though... we were standing around in sort of a vague gathering, I hadn't met him yet, and he came up to me and asked... where Larry Oji was. When I learned said dude was Maze, I felt a little deflated that our first interaction was simply me pointing to the tall loud black person playing HD Remix at the Retro Remix Revue booth. Fail. I suppose, as the figurehead of OCR, I don't cut a particularly recognizable image or go out of my way to be charismatic, and it's my own unassuming self I have to blame for such ego-trampling moments, but whatever... the important thing is that the site brings a lot of people together, online and in real life as well, and having Chris come out from the West coast was definitely rad. Mr. Getman writes:

"Ah, now as light and whimsical as this one appears, it took me a TON of tries to get a good start on this one. When approached about the 'Heavy Troopa is Ready to Launch' remix project, I picked one of the zaniest and hyperactive originals as possible on purpose, as a method of challenging myself, and forcing myself to explore further genres. Then the challenge began... I tried rodeo style, Irish jig, gypsy fusion... tons of stuff. The final result began after getting inspired by a piece entitled "The Hippo Strut," by Tito, a song founded on a timpani-induced bassline. Once I got a good start with the timpani, everything else sorta fell intro place.

I also used this as an opportunity to play around with rarely-heard orchestral samples. Goofy mouthpiece squeaks, reed squeals, bassy pops... a bit painful at times, but fun. :)"

If there were a quota on the number of times I could use the adjectives "quirky," "eccentric," and "brilliant" in writeups, Mazedude would be constantly putting me over the limit each year. He has an uncanny ability for each new mix to sound not only unlike any other mix on the site, but also decidedly distinct from his previous mixes. This is one of the things that makes Talking Heads my favorite band - they were not only singular relative to every other band, but they also deviated pretty wildly within their own material. In this case, you've got a pretty zany (hey, just read the artist's description) arrangement of 'Docaty Mountain Railroad' - complete with the promised playful orchestral fx, plenty of percussive shenanigans (dig the snapping), accordion lead, jaw harp, and of course the dominant timpani. It sorta sounds like disgruntled members from the local orchestra got together with a rogue polka band, with the timpani and accordion players co-writing a track to score a children's television show about a crazy cartoon railroad. That's an analogy that could only pop up in a Mazedude writeup, and it's a compliment. Check it out, and check the album out for more.

This is almost too catchy. Good lord, I can shut my eyes and imagine zany little flubbers bouncing around to this tune. Crazy, wacky and overall an extremely enjoyable mix. Mazedude delivers as always.

This is just plain up weird... and yet, it all blends together.

Makes me want to dance. lol

This song is freaking awesome!

Good god l really love this, it really is a crazy tune that really gets you grooving.

This song to me really complimates the mario games and its pretty funky too.

Not only is this song awesome, but Mazedude is omg cute!

This song is awesome!! It makes me wanna pick up SMRPG again! Thanks for the sweet addition to my library Mazedude!

Upbeat, fun, and, as djp mentioned in the write-up, definitely quirky. Reminds me of his Plok remix, which happens to be one of my favourites. Just like this one.

Amber of Nerve.com was feeling this one: http://nerve.com/CS/blogs/61fps/archive/2009/01/12/what-s-in-my-mp3-player-super-mario-rpg-flubber-mountain.aspx

Apsolutely Blown away. Went straight off to look at his other tracks too.

It manages to be ridiculously catchey and unhummable in the same motion. God knows how.

This is one of those songs I can put on loop and listen to all day and not get sick of it.

I love Mazedude. I love Yoko Shimomura. And I've loved this game since I was seven years old.

With that said, this song brought back so many good memories and I thought it was extremely cute. This song is just too good not to cherish, and I thank you for making it!

this is actually my favorite track on the site in a long time. it reminds me a little of many of the n64 Rare soundtracks (DK64, Banjo-Kazooie, DKRacing, etc.) and its throwing shit out of everywhere. It's just great and it gets me with the creativity.

Didn't expect anyone to remix this source tune anytime soon. Leave to Mazedude to pick this quirky source and make it even quirkier. I think that it complements the folk-y vibe of the original really well, particularly the accordion lead.

I'm downloading the whole project now. Really hope it has some quality tracks that are as good as this one.

Heavy Troopa is Ready to Launch! 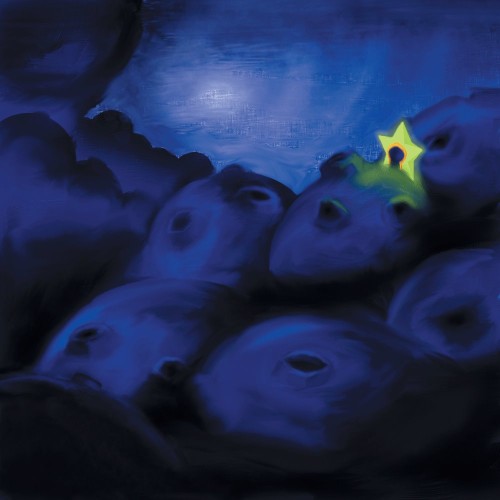