Did you know that Jon Hey, the composer for NBA Jam, was also the voice of Raiden in Mortal Kombat? Seems like back in the day Midway really let its staff, including composers, have a lot of fun including themselves into games in various ways. At any rate, this track from Jingle All The Way is our first NBA Jam mix, albeit of one of the game's shorter tunes, as per the theme of that album. Kunal writes:

"Figured I'd give this one a go as well. The tune features Mustin on bass and Steve Lella on guitar. HUGE thanks to them! Think they both did a phenomenal job with their tracks and the tune wouldn't be even half as good without 'em."

Nice timing, since the franchise was just revived and given a facelift, and is getting some pretty darn positive critical reception, too. This mix is straight up, old-school funk, precisely the type of treatment that stays true to the roots of the original inspiration. Wiki informs us that:

"The upbeat, funky music written by Jon Hey was inspired by sports music themes and has been compared to George Clinton's P-Funk All Stars. Funkadelic's 1979 (Not Just) Knee Deep shares the most similarity with the music of NBA Jam but was recorded more than a decade before NBA Jam's music was written. The likeness of George Clinton was used as the character "P. Funk" in the console versions of NBA Jam: Tournament Edition. The music of NBA Jam is well known and considered to be one of the most important aspects of the game."

Why thank you, Wikipedia...

Rhythm guitar is central, funky, and frothy, Mustin be slappin', and Kunal's arrangement stretches the scant source out into an extended jam that makes sense & feels natural, with synth & piano licks aplenty. In any funky piece, drums are key, and the breaks and fills here really make it happen, facilitating the minimal source's rebirth into a full-length track. I love the vintage, old school feel Kunal & co. went for here, in particular, and the 3'31" jam serves as another example of the success the Bad Dudes had with a highly conceptual album.

Oh my lord, that intro is downright funky! And when I was completly carried away by the groove, the jazzy piano licks suddenly appeared, and, obviously, the mix became only better. Very cool synth choice here as well. Pretty good collab!

Whoo, boy, is this funky! The groove mixed with piano was just what I needed to get into a dancing mood! See, this is why I have such faith in the OC ReMixers. Such little tunes being turned into full-scale songs of enjoyment for all. Jingle all the way, indeed.

Hard to do anything that's less than 10 seconds long, but I can trust ktriton's style working so well with something like that.

The familiarity is there throughout, though even then there's definitely some great expansion taken to the original even with the brief switchs to 7/4 at around 1:10 and again at 2:10, the blissful piano solo taken after it and some very solid live instrument playing here. I also really got to complient the tone to Steve's guitars; it adds that nice 1970s blues feel to it to compliment the rest of the instruments, which when seeing the Wikipedia snippet in the description isn't surprising.

This to me is a good example of how a short track should be done, and I feel very happy that you managed to create something at this kind of expansive level. That and the rest of the Bad Dudes' album really was a push up for them in regards to arrangement for me, so a very well accomplished task indeed!

Love the drumming on this one right from the start. The song feels a little sparse for a while until around :54, but after that point I'm digging it. Especially given the source you were working with, this is a great effort. Piano soloing around 1:24 is a real highlight for me, this totally feels like a Bad Dudes track after that point (as if it didn't already!)

I think everyone has a different point where the track clicks for them, but regardless I think it's ultimately an enjoyable listen and a great expansive take on the source.

The intro to this mix is fantastic. The guitars, piano, drums, and synths all shine, but I feel as though the mix doesn't do much after the intro until around 1:30, when the piano soloing really takes this track to another level. The strong drum work after the piano solo really stands out, and the ending is solid as well. Enjoyed this mix very much!

The Bad Dudes really know how to treat these instruments right. Everyone is working together fantastically, and overall this is hard not to tap your foot to. The off-beat feel really makes this catchy, and all the solo breaks are fluid. Great stuff.

Oh the insane nostalgia.. I loved the original track (especially the Genesis version!) and this arrangement/performance is godlike, in a style rarely tackled on the site. Infinite claps to the artists! Easily becoming one of my fav remixes on the website; my only nitpick is that I'd love to hear a longer clavinet (I think?) solo/long fast run à la Herbie Hancock but otherwise this is perfection

I, too, would have liked to hear some longer/more pronounced solos, especially some that don't have the source playing in the background. While the guys get astoundingly much out of the rather short source tune, I do feel that the remix becomes somewhat repetitive in the second half, simply because the original riff is almost always there.

fantastic, a blast from the past. i remember playing this game with my dad as a kid, i swear it was the only game he was EVER good at.. I couldn't for the life of me remember how the original song went going into this, but once the track kicks in, it's instant nostalgia. kunal's arrangements and production always seem to be of exceptional quality imo (great job to the other performers here as well of course), and I look forward to his next mix.

Oh the insane nostalgia.. I loved the original track (especially the Genesis version!) and this arrangement/performance is godlike, in a style rarely tackled on the site. Infinite claps to the artists! Easily becoming one of my fav remixes on the website; my only nitpick is that I'd love to hear a longer clavinet (I think?) solo/long fast run à la Herbie Hancock but otherwise this is perfection

Great performances, and a really nice arrangement. Crazy how you can get such a short source into something so cool.

Woooww. This brings me wayyy, effing back. I couldn't recognize it at first until :30, then I was like OOOMMFFGGG NBA JAM!! Awesome work from you guys I'm so lovin this shit!

Another jingle graces OCR! Good deal. Ya know I've always kinda wanted to do a George Clinton-style funk remix, but was never able to pull it off. But Kunal here does it beautifully, with the aid of a couple excellent performers. Nice work dude. Not too familiar with the original, but I dig the mix.

this here is that funky funky shit 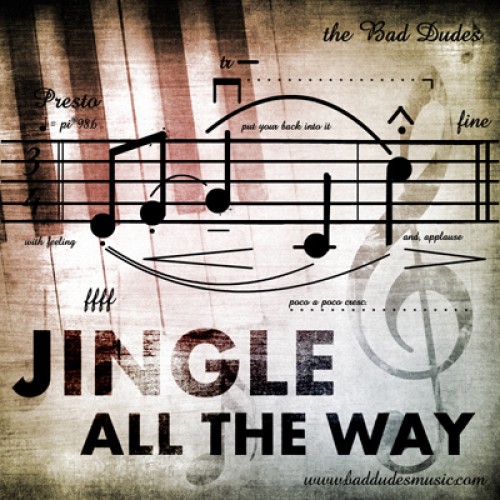