HomeReMixesSuper Metroid "The Bounty of a Brain"
|

ReMix:Super Metroid "The Bounty of a Brain" 3:56

Still room for two more... but first let me just say that any tweeting, blogging, reviewing, and sharing of Heroes vs. Villains YOU can do is really appreciated. More often than not we find that most people love the passionate work so many artists contribute to OC ReMix - once they find out about it. Getting the word out is the challenge, and nowadays with all the iPads and Droids out there it takes like two seconds to share the album with your friends or let mixers know you dig their work by liking/tweeting, and we're all grateful for your help.

Mass Effect 2 co-composer and generally swell individual Jimmy Hinson reps up the OCR side of the house for the legendary Super Metroid. This is a soundtrack that is singular; not only did it expand on the awesome, minimalist sci-fi vibe of the NES original, it showed what the SNES could do in terms of creating an atmosphere that was at times expansive, at times claustrophobic, and always engaging. In terms of sound design and sheer ambient impact, few modern soundtracks rival it, even with the enhanced capabilities of newer technology. Big Giant Circles writes:

"I'm a big fan of Samus, and of the Metroid series in general. I'm also a fan of Mazedude, so naturally when he challenged me to remix her theme against Mother Brain's, I was thrilled to pick up the gauntlet (see: armcannon). I admit, it's a bit intimidating going up against Chris. Not only has he achieved a sort of legendary status by the sheer number (and quality) of posted ReMixes on OCR, but he's always been the sort of guy to really challenge himself to do new and interesting things creatively. Fortunately for me, Samus has what I consider a pretty powerful anthem or two which I could fall back on. I can't deny that I drew a bit of inspiration from Vigilante's "So It Begins..." (from Relics of the Chozo), but growing up in the 80's/90's also made it hard for me to not associate such a powerful theme with a lead guitar.

As for the two themes, I realize there may be a slight discrepancy between what Samus's theme actually is, since one is technically just cinematic music for the introduction of Super Metroid, and the other is primarily just Crateria's alternate theme. But both are present in my mind when really trying to identify with Samus's heroic status. One, in the sense that it's a great backdrop for retelling her story, and the other because it's there after you acquire the hyper beam and defeat MoBrain once and for all (that we know of, anyway) All in all, I had a blast working on it, I hope it comes across as cinematic and triumphant (with just a little bit of ominous foreshadowing) and I think Mazedude's own remix is a perfect and awesome counterpoint to it in every way."

Tension and fx/percussion build as ambient textures swirl behind a repeated, growing string motif until the riffdrop at 1'12", after which we pick up with a solid, heavy electronica groove that means business. Guitar delivers that classic, anthemic melody, and the mix is more or less book-ended by the running/clicking pattern, as things conclude w/ a bed of fx and a single, dark note. A great combination of more cinematic & suspenseful writing with a solid, melodic center, Jimmy really brought it with this mix, simultaneously illustrating his arrangement and production chops. 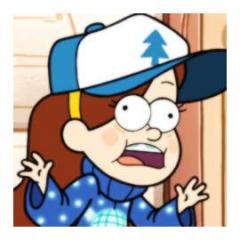 This remix is AMAZING. I don't know the original song but I'm pretty sure the remix is better !

This is probably THE remix that got me on OCR. The builds are perfect, the choirs are fancy and very Metroid-y, and the guitars are just kickin’. The outro is much the same as the intro, which won’t work well for every song but I think it helps here. The small differences (e.g. lighter percussion, more choirs) help avoid repetitiveness, I suppose. I honestly can’t think of a single thing I’d change. But then, BGC is a pro.

That build-up was tense and suspenseful, which worked really well for breaking into the theme of Samus. I actually regret never having played Metroid (I'll be working on correcting that soon enough), but I'm sure that if I had played this before, this would just enhance everything that I would have loved about it. It just has the level of quality that makes me think that these themes have been kicked up a notch, because they have.

Love this one. Great way to start off the album too!

...Badass. The whole thing is just great. The build up to 1:10 is perfect, and once it kicks in I just have to close my eyes and soak it up. I can certainly hear the influence of the intro track for Relics of the Chozo, but honestly I think BGC has taken that to a whole new level.

This track makes me wish the old rumors of a Metroid movie were true, because this would be absolutely perfect for the opening credits. Well done!

Yeah, it's Super Metroid and BGC in a blender. A perfectly balanced cocktail of awesome. Three cheers!

This remix is totally epic. A+++ would listen at least 1000 times over

I for one really enjoy this one. It makes for a different take on the uses of the themes that comes out feeling very natural. Being one of my favorite themes, it has been done great justice.

Only complaint is the overpowering bass between 1:29 and 2:05, but maybe that's just my headphones.

Dammit, I was really hoping for the Disney Princess take you were going to try

Oh well, what you did instead was better!

This is one of my fave tracks in the project. Jimmy's professionalism really shows here...it's a polished, pitch-perfect mix. Awesome.

BGC. One of my favorite artists here at OCR. This guy never fails to amaze me. If samus lacked "caped flight", you my friend, just gave it to her with this song. hats off and much thanks for this. You badass.

Wow. Just... wow. It can be hard to find a mix of this song that suits my tastes, but boy did this one hit the spot.

Nice job. This is really slick.