It's "Indie Games with ReMixers-as-Composers Day" today here on OCR, as we post a couple mixes by ReMixers of games composed by other ReMixers. Confusing? Keep up. First off, WillRock takes on zircon's score to Return All Robots!, the XBLIG/PC puzzler Andy composed & coordinated. You might have guessed this mix was by WillRock by the subtle-but-ingenious way he worked his OWN pseudonym into the mix title. It's obfuscated by that "y," but it's clearly there. There's ACTUALLY a debatably clever pun going on, though - Mr. Harby elucidates:

"Sometime before the game came out, Zircon hosted a competition for remixes of his game music, with cool prizes for the top 5 entries. As it happened, I ended up in a tie for 3rd place with Anso. I found the soundtrack to be pretty impressive, and the source tune I picked was (so typical for me) the Training Montage theme, which was unashamedly not only obviously inspired by the Rocky track by Vince DiCola, but it even shares the same name. So what I did for a bit of a joke was rather than taking the track in a different direction, I took what was already there, and expanded it, making it MORE inspired by the Rocky training montage.

As a result, from a sound design and style point of view, this is very similar to the source, but I made up for this by messing around a lot with the arrangement, adding chord changes, solos and expanding on different sections. However, the most noticeable change is probably the melody, as zircon's source, although great, seemed to lack a strong melody in my opinion - it was just chords mostly - so I threw the bio lab melody on the top of the track and made it fit with the chords. The result is a more expansive version of zircon's original source, which was an attempt at staying true to the original and expanding it accordingly. I hope you guys enjoy it. P.S. Yeah I know the remix name sucks :P"

Actually, I like it a bit more, now that I know the linkage to the Italian Stallion and what not. But is this mix the aural equivalent of the weaksauce Rocky V, or does it break us with musical power punches like Ivan Drago in the era-defining Rocky IV? Let's find out... First off, Andy's RAR score is some good business, so you gotta check that out if you haven't yet. This arrangement is so over-the-top 80's that it makes me want to simultaneously drive a sports car at night with sunglasses on, run in slow-motion while gesticulating triumphantly, and tuck my shirt in. And that's just the first thirty seconds. Those intro brassy synth chords make me feel like I'm heading for Venus and standing tall and/or might as well jump, and particular kudos on the drums - NAILED THE TOMS. I feel like, as a culture, we felt differently about toms back then. We welcomed toms into our hearts & homes. We let them frolic, roll, and pepper the landscapes of our favorite songs more or less carte blanche; hence Mike Tyson's memorable reenactment of 'In The Air Tonight's epic, climactic roll - you just don't get that today. At least not as much.

Bottom line: You need OCR workout music? This is your shit.


0:12 - Love the explosive drums here. They're masters of their domain.

0:23 - This quip alone gets me geared up for a training montage.

0:40 - ...Wait, what the - ? That rising arpeggio is distracting and doesn't quite mesh melodically. The energy I had just deflated. Fooey.

1:52 - All-over-the-place drumwork makes me wanna dance in as many directions because of its newfound liberty.

2:26 - The drums go off the rails again, but now I'm tricked into thinking it's the lead synth that's hypnotizing me into shaking my body this way and that.


Not one of my favorites, but it's got enough charm to keep me coming back every once in a while.

This is the music Jesus works out to. As far as blatant homages go, this is just golden. While it's given the advantage of having marinated for 20 years in eighties nostalgia, it also has a tone that makes fun of itself. It is the joke, and that joke is so good it doesn't need a punchline.

I really love the driving synths in this one. Things don't get WillRocky (now an official adjective thanks to this mix) until the second half, which I quite like. The 80s guitar work is a natural progression from the synth routine, saving the mix from being consumed by its own self-referencing. Underneath the loving mockery is a well crafted, well interpreted melody. Very nicely handled.

It's a shame that such a great track sprung from a game I'll likely never play, but given its a zircon original, I feel the need to give the OST a listen at least.

Now if you excuse me, I must go and be unstoppable fist-smashy machine.

Having now understood the Rocky-based backstory (which a certain young male family member has an obsession for), and been more intimate with the remix, it'll be considerably easier for me to make a firm evaluation on.

So it starts off definitely paying homage to the setting for the Rocky 4 training montage with the sweeping strings and build with the bass and chorused rhodes, before going straight towards the interpretation as it is. True to his words, this and the Training Montage source have a ridiculously similar feel towards each other, but the decision to give it more melodic substance via the use of "Jamaican Cyberturtle" and using it appropriately to give in melodic substance was definitely a solid idea.

Even Will's penchance for original writing, from brief solo at around 1:35 and 2:30, to even that key substansive segment at 2:50 complete with the rising chord with the shifts every 3 steps or so, gave it as much of his style as much as it did zircon's, and with such care handled to the expression it shows his attentive style very appropriately. And another thing I can give credit for is that with some of the careful attention being paid towards some of the writing, this is amongst some of Will's strongest percussion sequences that I have seen; yes, I know I keep looking at his drum work but with a style like this you're pretty much expected to keep the excitement rolling, and indeed it did with changing time signatures every now and again, well articulated fills and plenty of variation. Excellent work!

I say you paid homage to zircon's material extremely well, while still being able to maintain that hint of light-heartedness that we've come to expect from you. Classy work Will

Hahaha, I read the Vince DiCola backstory as the Rocky inspired riff played and I loved it. Gotta love how you can fit not one, but two little nods in the ReMix name. It does have a good driving feeling that is perfect for a workout or really anything else that needs that added bit of determination in it. The drums hit hard and the entire ReMix rocks pretty hard in an almost heroic way. Yeah, in terms of how good it is, this ReMix must (and probably will) break you.

Oh Will, you just had to insert your name into the title didn't you?

This mix is pretty chill and is yet another highlight of Will's synth style. It's slower than a lot of other songs by him, which is a change of pace, but hey, every artist has to have some variety. I don't really have much to say here, as Will has gotten pretty solid at catching my attention with his synthwork to deliver some goodness every time.

The 80s is strong with this one. Loved it back when I first heard it, love it even more now with the added backstory... though not sure why the name didn't tip me off in the first place.

Lol, loved the reference to Sunglasses at Night by DJ pretzle. I was introduced to that one by The Megas, who did a cover of it in their Sparkman single.... anyways

This remix has a lot more of a solid, bassy sound to it than most of WillRock's stuff, while still keeping that 80's feel. Nice!

I just had to say this totally reminded me of music from The Transformers: The Movie (the original) soundtrack, then when I read the write up and saw the Vince DiCola reference it totally made sense.

You make so much music it's hard to keep up.

In the opening I thought I WAS listening to the workout theme from IV. 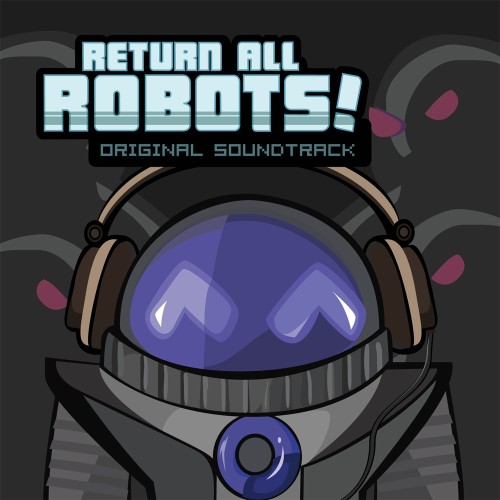