Milky Way Wishes co-director halc chimes in with his own contribution! Drew writes:

"Marx has one of the most kickass boss themes ever. The original song is pretty linear, so I took a more conservative approach while modulating the time signatures and tempo to give it little more variation. This track was made in 2010 after I jumped in as co-director and, so, quite a bit more recent than some of my other mixes on the project. Please enjoy! <3"

Definitely a lot of variation to the feel here - if you seek around randomly you might feel like you're hearing different songs, were it not for the breezy, unifying chip aesthetic. Arek writes:

"Words cannot describe just how amazing halc is, not only as a producer but as a friend. He was instrumental in having this project see the light of day. This track, just like all of his creations, is nothing short of magical. halc kills it with this remix."

halc definitely stepped in as a white knight on MWW, and that's part of what makes these albums community efforts - when things come up, life happens, progress is stalled, there's any sort of drama, or folks just need a good swift kick in the pants, staff members and community members alike chip in very often to ensure things keep a' rollin'. It's enough to make a grown man get all sentimental-like, but just know that for every OCR album you download, there's at LEAST one story of someone going beyond the call of duty, pitching in to carry the torch, or just talking things through to make sure the release is the best it can possibly be. Kudos to halc for contributing to MWW not just as an artist, but as a serious co-director who brought in a lot of energy & ideas, and respect to Arek for seeing the benefit & being open to the assistance.

The artifacting, buzzes, and lofi elements in this might catch you off guard at first ("Is that line hum on MY end??"), which is part of halc's thing, but it doesn't take long to appreciate how well the various fx & treatments are employed. The bubbling percussive arsenal gives way to a beautiful breakaway @ 0'46" where a soaring synth lead belts out an epic melody over sustained pads, and it's just one of several such highlights that show a mastery of craft & understanding of development. Great stuff from halc, who helped Arek finish this album with his project management skills as well as some amazing music!!

Yeah, this is pretty kickass. The percusive elements along with some abrasive textures work just fine. The slower/jazzier section was quite unexpected, but quite cool. Nice stuff.

The only thing this track is missing is an intense section that gets kicked off by Marx's scream. 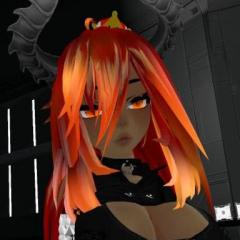 ...The instant I heard this mix, I had to have the whole album. Halc, you do amazing work. Thank you. 3

At first, this mix didn't stand out to me (the whole album is awesome

), but I find myself listening to this one over and over again. Especially love 0:35 and the relaxing bit that starts at 1:45.

Hearing halc take on the quirky evil crystal bat (or whatever he was) of Marx's theme with his style of ReMixing is sweet. Conservative in the melody at most points (with is a plus to me), and of course putting in that chippy spin on it. I think it fits Marx's goofy character in a way. The slower section was cool, and it seems like the three minutes go by in a heartbeat. This is a good song to have on a loop.

I like this track but I think I prefer the original more. Something seems missing (although maybe that's because this is a slower version of the song) but it's still pretty good. I guess it's the same "problem" I have with the Legend of Mana sound track, that some things are very very hard to actually improve upon.

easily one of my favorite tracks from the album

it captures the feel of the original so well, while halcitizing it phenomenally as well. :3