We finish out our mixflood as we began, with Album Director Nutritious, this time contrasting his opening orchestral piece with an aggressive dubstep mix that still works in some quality orchestral components to keep all those wubs company:

"I took on this source as my personal music style was somewhere in transition between drum 'n' bass and dubstep, which is definitely reflected in the finished project. The "Bowser's Road" theme has a sort of understated menacing energy and I decided to really bring it out full blast. I hope you enjoy."

Epic, over-the-top, and segueing into full bore rock'em sock'em robots @ 2'18", this is an excellent way to end our Portrait of a Plumber flood - with a BANG. I think Justin's origins as a primarily orchestral arranger have really helped him combine those sounds & that type of writing into an electronic context; I'm thinking it's probably a bit harder to do things vice-versa and start from EDM. Larry's got this one, and closes us out:

"Tasteful wubs, here we goooooooo!!!! The wobble effects introduced around :24 were sweet, and worked surprisingly well with the synths, beats, and orchestral instrumentation. Some of the tension of the original remained in the first half of the arrangement, while the second half was all about embracing the energy of the beats.

Justin's been at this game for a long time, so I wasn't shocked that his mix was strong, but I was certainly surprised at how cohesively this piece came together, all while retaining that forward-moving momentum of running up Koopa's Road for that inevitable confrontation with Bowser. Justin's music conveys the need to be careful but while not forgetting to be bold!

Major, major props to Justin and Portrait of a Plumber's entire team of musicians and visual artists for an amazing journey through a game and a soundtrack that made a huge impression on millions. Portrait of a Plumber's reception has been great; when the end result is this fun, traveling the pathway (though perilous) toward this album's creation was clearly worth it."

Yeah, the intro is just great, but when it picks up and makes big agressive wubwubwubs... I'm just speachless. Totally awesome!

The build up is awesome. 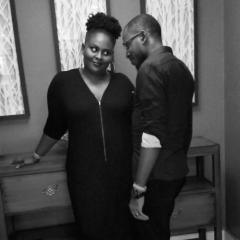 I was stuck on the Slider and Dire, Dire Docks (personal favorites of mine from the game) remixes until I got here...

The fusion of dubstep, EDM and rock is amazing. I use this theme as one of those perk me up / victory / I can take on the world kicks. It reminds of Vegeta's "Hells Bells" ... but with a punch...and flames. Can't forget flames.

ALSO THE INTRO IS BAD-ASS.

That was EPIC... you took all 64-bits of energy from the main theme, strained them through a "Matrix" filter (like Spork said!), and re-polished it with a shiny TRON gloss. The energy in the build is incredible. 10/10

Dude, that freaking intro! Grand opening with menacing dubs building up, leading to all hell breaking loose was awesome. The dubstep was done in a way that wasn't grating or abrasive, but instead brought out the power along with the more orchestral parts. And then when you picked the energy up at about 2:20 to give it a little bit more of a DnB style of beat, I really enjoyed that change up. Haven't really heard many songs do that, so that was pretty sweet to hear. Good way to end out the flood, I'd say.

When I heard about the new Super Mario 64 OC Remix album, I was so excited to hear music from my childhood. And to top it off, Koopa's (Bowser's) Road was and still is one of my favorite songs from the game. So when I started listening to this song, I was really pumped. Though I was NOT expecting a Dubstep sort of twist to the song.

Let me say that I am not a huge fan of Dubstep, but this song is one of the few exceptions to that rule for me. When I heard it go into Dubstep "mode", I was shocked and rather iffy about the song. Though listening to the whole thing changed that feeling into something different. I actually thoroughly liked the song, even with the slight Dubstep twist to it.

So all in all, great song with a new spin while keeping the old feel from the game.

Pretty polished remix. I wish the mixing was a little less flooded at times, but that aside, the arrangement was great too. Nice interspersing of genres. =)

You are definitely referencing "Clubbed to death" in the beginning. I instantly thought of the matrix. I know exactly what you mean by Bowser's Road having a sort of hidden energy and I'm pleased to hear it in your mix.

Super Mario 64: Portrait of a Plumber