We still have a few physical copies of Final Fantasy VI: Balance and Ruin left over from our kickstarter, and if you follow our twitter this week, you've got a shot at winning one! This somber, dramatic, multi-theme sonata for solo piano from Rexy off B&R should have been posted awhile ago and slipped through the cracks, but it hasn't aged a day since it was released, and is still a gem:

"This arrangement of "The Gestahl Empire" was done for zircon's Final Fantasy VI remix contest, and not only was it part of a second place tie out of over 30 other entries (!!), but it was brought onto zirc's and McVaffe's FFVI project Balance and Ruin to take the vacant "Empire" spot. The directors decided that they wanted to keep it as it is, hence there's been no changes since the initial contest version.

When I saw the contest thread, I knew I wanted to go in all guns blazing, approaching it at many different angles. Of course, one of them would be a solo piano entry, which I eventually settled with "Empire" due to the pacing, structure and relating with the source material. It went on to be a popular source pick overall, which I admit originally scared me during the voting process, but I gave it my best and had no regrets. It surprised me a lot after completion - lengthy yet expressive.

What I understood about the source material for the Empire theme is that it really tells how much of a stranglehold on the world they were grasping, tightening further during the first half of the game. With Terra being a key figure relating to the Espers, the very creatures that the Empire were leeching to fuel their technology, you can't help but think that she had been around a bad crowd for as long as she can remember. And with her being especially frightened of them early on in the game, I could probably imagine her looking for an upright piano in the Returners' Hideout and wanting to bring her feelings about them in a retrospective sonata form.

This is something that we can all relate to in real life as well - we may have had our moments of being around people that do a world of disservice to our lifestyles, and for the most part we'll be scared of breaking away because of any retaliation they would do back. Though it may be seen as too early to immediately take action, there is a glimpse of that thought to do so sooner than later. But like Terra eventually did over the course of the game, you'd build up the strength to go against those fears and take matters into your own hands.

I'm really surprised it managed to do so well in the contest, especially due to my previous track record of piano entries in other online competitions. And I'm really grateful that zircon and McVaffe took it on as well, and all the more excited to see what everyone else has come up with for the project. A big thank you to everyone that was involved, and it'll be great to see the reception for both the track upon project release, AND the project itself. :)"

"This track came to Balance & Ruin through a public remix contest we held on the forums. I'm glad we did that, since we ended up with a variety of creative takes on some of the more under-appreciated source tunes in FF6. What I particularly enjoy about this remix is how Rexy subtly weaves in different themes from the OST, like "Terra" and "Devil's Lab". These little touches help keep the arrangement dynamic and fresh, along with some very expressive performance and creative variations on the "Empire Gestahl" theme itself."

The integration of additional sources is definitely handled well, and kept me guessing & focused throughout the piece - beyond just a motif here or there, there are actual call-and-answer references & an overall keen sense of how to incorporate the different melodies. Larry adds:

"Beverley truly hit the mark with this one; it's measured and contemplative, and in reading her inspiration, I believe she matched the imagery she was going for with Terra's experiences, i.e. some parts bleak, some parts more optimistic. If you're more of a Street Fighter/Streets of Rage like me and don't know Final Fantasy VI's story like the back of your hand, this is an excellent piece whether you have the game's context in mind or not. Appreciating the smaller details of the arrangement, listen for how Beverley subtly and seamlessly wove in the various FF6 theme cameos. The overall mood and beauty of the performance here is just another example of how far Rexy's come in her execution. "Gestahlian Sonata" is another A-game contribution to the 74-track behemoth that is Balance and Ruin. :-)"

Well said; grab it if you don't already have the album, give Rexy some feedback/props on the review thread, and follow https://twitter.com/ocremix for a chance to win a physical copy of the album!

I can listen to this on repeat for hours, no--days at a time. Amazing tracks blended seamlessly together, played with a great amount of emotion. Amazing work!!

hats off to you @Rexy god I love the piano here 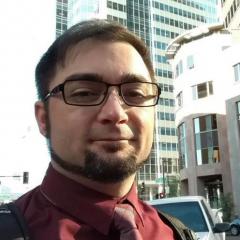 I have been an avid listener of OCRemix for about a decade now. It is 95% of what I listen to in my car daily and the Balance and Ruin album is by far my favorite. So many wonderful gems to be had! And then there is this piece. This piece is somewhere in my top five from the entire host of things I've heard on OCRemix. This is one of those pieces that makes me want to BEG for piano sheets for it. So consider this me begging. I desperately want to learn this on the piano but I need sheets to learn as that is my limitation. Is such a request within the realm of possibility or does the arrangement of something like this not work in a way that produces a traditional score?

The emotion in a solo piano ReMix is just as important to sounding great to me as the actual playing and arrangement of it, and luckily Rexy nails all three with amazing results. Everything flows together so cohesively and the switch-ups were pretty sweet and kept me interested for the whole ReMix, which is nice for a longer mix like this. Such a beautiful piece, good work Rexy!

Just beautiful. It sounds like Rexy enjoyed playing it, too.

The piece is all so fluid. The switches, yes, and also the frequent deviations from the source melody. It's rare to hear a ReMix that deviates just enough yet not too much. Perfect.

Very nice playing here. The arrangement is beautiful, and sounds great. The different variations in the arrangement and playing make it a super nice remix. Nothing to add -- go listen to it!

I’m a pianist myself, so I should think that I’m at least a little qualified to review this one. My opinion? It’s amazing! It flows very nicely, there’s plenty of variation in terms of volume and rhythm, and the arrangement itself is excellent. The sources weave in and out smoothly and gracefully, and I didn’t notice any jarring switches between them. Very lovely!

I always loved this piece and I listen to it frequently. Really fantastic job Rexy.

Expressive. Dark, yet with burgeoning hope. Alternatively light and powerful, the arrangement really shines at parts like 2:45-3:14 where themes interplay and meld beautifully.

I think my favorite part about this piece is how it slowly transitions from a sinister feel to one of resilence, mirroring the FF6 Terra story (as described by the remixer above). There's no sudden "aha!" moment where this occurs; the gradual sense of resolve really just keeps growing, highlighted by moments like 4:05 and 5:25 on.