Eino & Tuberz had the opportunity to clean this Rondo of Blood rock arrangement up & revise it a bit for OCR's reissue of Vampire Variations II, and they took it, and that's a good thing, because the end result is a crunchy, satisfying rock shredfest with a syncopated, intricate underbelly. VVII director Chernabogue writes:

"Call me weird, but I can hear some Metroid Prime in Eino's arrangement. Not sure if it was their first collaboration, but Eino and Callum (Tuberz McGee) really develop their own style afterwards. Superfuzzy guitars, synths, organs, and custom percussion make it very unique. Big props to both of them on working on a short source and creating a very enjoyable remix."

You're weird. Nah, just kidding - while the geetar noodling doesn't strike me as particularly reminiscent of Metroid Prime, I can hear it in the accompaniment. Eino Keskitalo gives us a monster writeup:

"Having successfully arranged another minimal Castlevania source, I grabbed "Requiem" for Vampire Variations II two months before the deadline. I underestimated the time I had to make the arrangement. I planned to record two guitar tracks, I pretty quickly sketched them up and made a cut-and-paste drum track from random samples with a placeholder organ to go with it, and put chip sounds in for the guitars. We also discussed making this a vocal track with my fiancée. The time to record any of that never materialized.

Then one day *after* the final deadline, I sent Chernabogue what I had, plus the thought of recruiting Tuberz for guitars, since he had volunteered as a project resource, and our earlier Shell Shocked collab went quite nicely. I think the only thing I managed to do for the track in the two months was to add bits of the bass part (which is made from Chapman Stick samples). Fortunately, Alex liked what he was hearing and was very supportive. Callum was enthusiastic about the track & quickly provided excellent guitar tracks, which, by the way, are quite different from what I could've come up with, providing what I feel is a distinct early 90s hard rock vibe. I did doctor them a bit -- if you hear any nasty edits, that's my fault.

Thanks for the detailed feedback, it was very useful!

...Here's what Mr. McGee had to say: "My cat is cute, but likes to mute my guitar mid-take by pressing her paws on the strings."

"Nice work with this. Larry is right that the leads and rhythm guitar have some frequency clash, but it's not major - these are definitely audible enough for me. You have quite a clear production here my friends. Source was a problem for me in the original mix, I have no problems with this one, it's very clear to me."

Production seems clean, but Palpable identified some arrangement issues; I think to me the main nitpick is that the mix establishes an initial groove/tempo/intensity and then remains a little static - I would have liked a BIT more motion/contrast - but the shredding guitar over the undulating accompaniment do make for a good time. Good stuff from Eino & Tuberz, revised very effectively from the original release & providing an even stronger contribution to the VV trilogy's second outing!

I LOVE the underlying industrial beat in this ReMix, and of course the guitar work was awesome here. The arrangement was reminded me of some musical styles I would hear in the mid-to-late 90's, especially with some of the cymbal hits, which was cool. Sounded clean, sounded great, can't fault this mix at all. Nice work, fellas.

When I reviewed Vampire Variations, I didn't include this track as one of volume II's "strengths." But by no means is this a bad track. The guitar solos, especially the one near the very middle of the track, are stellar. It's great how well something that's played when you enter your name can turn into a rocking performance with some creative guitar work.

Yay, the SuperFuzz Bros.'s VV2 remix is finally out. 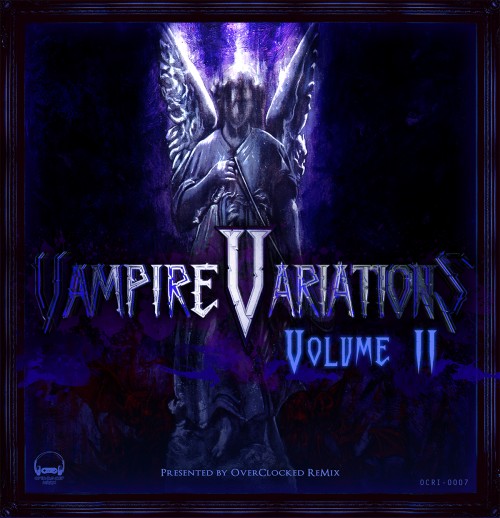