We are proud to release our 64th FREE community arrangement album, Smash The Record: The Record, a seven-track EP dedicated to the Smash The Record fundraiser for St. Jude Children's Research Hospital!

"I'm excited to present Smash The Record: The Record! Smash The Record is a wonderful event that aims to raise funds for St. Jude Children's Research Hospital through their St. Jude PLAY LIVE program. We've put together a fantastic album of FREE remixes of a few of the games and series featured at Smash The Record to help highlight the amazing work done at St. Jude. If you enjoy this album (and I hope you do), please head over to Smash The Record's website, check out the stream, and donate!"

St. Jude is one of the better charities out there, Anna & I have donated to them for the last several years in a row, and I'm happy that OCR could play a part in the Smash The Record event which benefits their organization & cause. STR features many games, so the only theme to this EP is to arrange music from some of those games, to have fun, and to draw attention to a good cause. Our first flood mix comes from Shariq himself, who coordinated this effort on a relatively short notice & had put together an excellent, bubbly, syncopated EDM take on "Gourmet Race" from Kirby Super Star:

"I'm a long-time Kirby fan, but it's been years since I wrote a Kirby remix. "Gourmet Race" from Super Star is such an iconic and well known song, and I wanted to try doing something fun with it. So, here's my synthy, electronic take on it. Used a lot of new sounds and libraries I've never used before. There's a lot of Reaktor and Super Audio Cart in here. I hope everyone enjoys. Look for the "Green Greens" cameo."

I've been getting more into Reaktor lately, too - it's certainly a mistake to think of it as a single plugin, as it's more of a platform for all sorts of insane sound-making apparatuses. In the distant future, I envision a world where Reaktor and Kontakt merge and become a super-powerful modular multi-sample monster. Retakt? Kontaktor? Doesn't matter; it would be glorious. This is definitely a different sound for Shariq; jokes about the DarkeSax soundfont aside, the drums in particular are a little edgier, and there's more sound design bits happening (technical term). I LOVE the syncopated version of the verse melody at 1'29" - really jives with genre & works well as a more angular, new wave variation on the original cadence.

Fun, intelligent take on a sugary, accessible source tune which keeps that sweetness but adds a bit of tang, with clean production & creative arrangement choices. Great stuff - check it out, check out the album, check out the event, and please consider donating!

This is such a fun ReMix! I absolutely love how the percussion dances around the melody, especially in the middle section. Perfect Kirby vibes from this one, love it!

An interesting take on this song...well done! 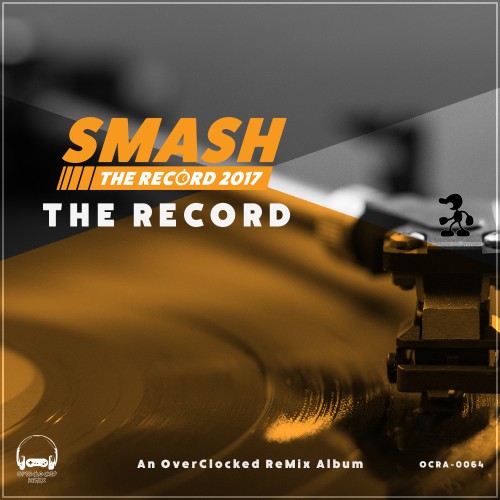