HomeReMixesTerranigma "Beginning of the Journey"
|

ReMix:Terranigma "Beginning of the Journey" 3:23

We are proud to announce the release of our 72nd FREE community VGM arrange album & our last album of the year/decade, Paths Less Travelled: Terranigma!!

Today marks the 23rd birthday of the PAL release for the visionary Enix SNES RPG, and we've got 31 tracks from 61 artists in a wide variety of styles, arranging an equally varied & unique soundtrack from composers Masanori Hikichi & Miyoko Takaoka. While management of the project was eventually tranisitioned to Jorito & Trism, both the original concept and the final artwork came from Odai, who writes:

What can I say about this game?

When I was about 15, I would frequent an independent computer game shop in my nearest city, a short train journey away. It always had all the great new games set up for customers to play at the counter and allowed folks to request-test anything that was on the shelves. Their range was incredible for such a humble hole-in-the-wall retailer, and included titles that were surely unheard of by most folks. Terranigma was one of these games. I actually walked past it on 3 occasions before taking a punt on it. Pre-owned at less than a year old, and I'd heard nothing of it. But I was feverishly into JRPGs and thought "Hey, what the hell?" I'd got lucky before, and the shop had an excellent returns policy.

I'm so very glad I did. What waited was a uniquely quirky story, with a plot centred on the myriad shades of grey between dark and light. It sported three-dimensional characters and excellent gameplay with some unexpected difficulty spikes to keep me on my toes, and was one of the pioneers of choice-based progress. The graphics were incredible for the technology and the JP-EN translation was... well, let's say charming...

Roll on to today and I still rank it among my favourite games. Even with the progress we've made in the past 25 years, it holds a corner reserved for the magical. It's a sadness that it didn't get more coverage. My beginning of Paths Less Travelled was an effort to bring the game more into the forefront and pay some small tribute to it, and Quintet, the game's ultimately and mysteriously doomed developer.

I started this project with hope and vigour and it quickly gained traction. With HoboKa as my second, we made good tracks, but unfortunately, as dedicated as he was, life prevented him from continuing. Trism quickly and humbly took up the yoke and we powered on for a good while, churning out progress like there was no tomorrow. Then, suddenly, life happened to me too and the project halted. With every intent on coming back to it, it sat there gathering dust while life continued to happen.

A couple of years rolled by before, out of the blue, Trism approached me, offering, again humbly to take on the mantle of project director to get it over the finishing line. After all, we'd done so well and we were so close. I agreed, of course, and relegated myself to art director and shouter-from-the-shadows. Jorito quickly came on board as co-director, and suddenly the machine was moving again! With Trism's enthusiasm and Jorito's experience (and admittedly very little help from me), the album has turned out to be better than I could have ever hoped.

So here we are! I encourage you to sit back, enjoy your beverage of choice, and experience the work that is Paths Less Travelled: Terranigma. Every single contributor to the album has reflected stellar work on every track, and it proves to be a truly eclectic triple-album that pays homage to what I consider to be one of the very best unsung computer games of all time.

Huge shout-outs to every musician and contributor, to Trism, HoboKa, and Jorito, and, of course, Chimpazilla for her patience and mastering most every track on the album."

This is *precisely* the type of OST I love to see OCR shining a spotlight on, because (especially today) it's not as widely known, it inspires all sorts of creative arrangement ideas, and it reflects a compositional variety that has always been part of the appeal of VGM soundtracks in general, at least for me. We begin at the "Beginning of the Journey," which is rather intuitive, as ringleader Fredrik Häthén collaborates with an all-star cast of musicians for a transporting, epic, orchestral introduction to the album:

"What I first and foremost wanted to illustrate with this arrangement was Ark setting out on his journey into a dark, foreboding world that he doesn't know. I wanted to keep the feel of the original while at the same time adding more heroic elements to show more of a progression from uncertainty to steadfastness. I also want to give a huge shout-out to all of the amazing musicians who perform on the track and bring the arrangement to life!"

The clarity of the blend of live/recorded parts here is drop-dead gorgeous; everything has space, definition, and the individual performances are brimming with life while also contributing seamlessly to the whole. Instead of gigantic ensemble part-writing, the formidable arsenal of specific players/instruments is wielded into a no-less-epic tapestry, achieving scale, scope, & grandeur through collaboration & dynamic arrangement of live parts. Album co-director Jorito writes:

"Fredrik is an artist that I met through Materia Collective, and I always admired his orchestral arrangements. So, when he posted on Facebook that he loves Terranigma and was thinking about doing an arrangement from some tracks, I immediately reached out to him. As per usual, he writes his tracks with notation first and then enlists the help of an army of talented performers to record it with real instruments for him. Even though I am slightly jealous of him (as I have yet to make an arrangement that features solely live performances), he and his performers really made the arrangement shine and the result is a great dynamic piece of orchestral music that's definitely worthy of your attention."

"The suspenseful opening of the track puts me in mind of a classic Hammer horror movie, before slipping seamlessly into the main body of the song which is a much more optimistic and hopeful affair. Fredrik writes that he wanted to convey the feelings of Ark as he sets out on his journey, which I personally feel he pulled off beautifully. It's wonderful to have a track on the album that features a fully live performance, so a big thank you to everyone who contributed to this piece!"

It's an awesome lineup of artists, many also arrangers/composers themselves, and it would have been a shame if the arrangement hadn't called for, or fully leveraged, that roster. Fredrik absolutely delivers, though, setting the stage for events to come and weaving a dramatic, exotic introductory narrative. Stellar work from all involved, both on this specific track and on the overall album. Whether you've travelled (or traveled, here in the States) the path & played Terranigma or not, you owe it to yourself to explore this celebration of a magnificent VGM OST! 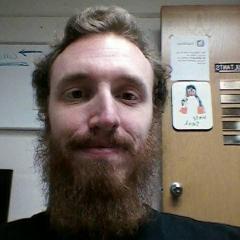 Oh my goodness, this is beautiful! I was uncertain what I was in for at the start, but then those arpeggios started and I was transported back to a magical moment in time when it was me and Ark setting out on a whirlwind adventure in a strange mirror world!

I love that the chord voicings have largely been preserved from the source (I usually find remixes that make big changes to chord voicings, or even the key, rather jarring). I also love that there's been a lot of elaboration and invention injected into this work!

This is now easily one of my favorite remixes, and I wanted to express my appreciation for the skill, dedication, and love wielded by its makers.

Timeless, evocative, and full of anxious longing. Departure was the song that lodged my mind into the game for the first time. I distinctly remember the awe and wonder at the piece's emotional force. The SNES had some amazing tracks, but this one wouldn't be out of place as the centerpiece of a cinematic epic or similar venue. Thank you to all of you for bringing this piece and album back to life.

On this day, Terranigma was resurrected.

Woah, that's a lot of contributing artists! This totally makes me think of Joe Hisaishi's overworld BGM for Ni no Kuni. Well done!

Terranigma... I don't remember much of it, aside from it being creepy and having looooong cutscenes... I may have to pick it up again.

Ponder this as you listen:

When the sky is the floor, and the floor is the sky.
Which path do you travel forward?