Time for the big finish! We end our introduction to BadAss: Paragons & Renegades with a stellar, epic, no-holds-barred symphonic metal Doom homage from Lashmush:

"I went for a kind of last man standing approach to the track, which is not far from the truth in those games. Most everyone else in Doom games are either dead or people you kind of want dead. I took on the idea of a paragon "good guy" or rather pomp and glory "anti-hero" theme of E1M1 simply due to it being one of the suggestions and it kind of tickled me to put that spin on it. I really wanted to give some broader reference to the two original games and their tracks since they hold a special place in my own gaming past. A sum total of seven different tracks are used to cobble together this end result. I'm quite happy with my new approach to mixing and mastering as I think I'm getting closer to a clear and fully expressed sound. I do however feel like this is the product of me being quite rusty in terms of general composition since I put music on the shelf for a few years, but it still delivers a good, solid punch and I'm pretty satisfied with the end result."

"Lashmush didn't just make a track, he wrote us an epic tale in the vein of Gilgamesh, Odysseus, and Ash Willams. A story of triumph. Of brutality. Of fighting the good fight not just because it's right, but because asses need kickery hardcore style. From a haunting, religious experience of an opening, to the familiar riffs chugging as if to wake us from our slumber and say, "It's demon killing time, fool! Rip and Tear. Rip. Tear." And so we shall."

Poetry! I've heard a lot of Doom mixes in my day, but I gotta say, this one stands out & really packs a punch - the intro is especially strong, and goes beyond merely being a serviceable symphonic prelude to really having a character of its own. The dynamics give the part some real presence & life; well done, and an example I'd point to on making choral parts more than just static sustains. The above & beyond on the intro translated into additional excitement for me going into the sweltering abyss of shreddage that eventually ensues; roraring, sinister stuff, with enough variety & transition to keep you on your toes. Co-director Pavos writes:

"You HAD to know this was coming. When have we ever given you a breather not to be followed up by some massive ass-kickery? Lashmush is back. After his phenomenal work on Volume 2 and 3, Lashmush kicks off the Renegades disc of Paragons & Renegades. Yeah, we're not playing nice anymore. Lashmush starts this with the serenity and heroic vibes of the previous disc and then goes full bombastic and orchestral. This is the music in the trailer, this is the part in the movie with the rise of the hero when everything seems down and lost, this is the moment when all the odds are against our hero and then… Doomguy stands up and does what he does best: kicking ass and killing a WHOLE lot of demons! The climax at around 3:20-ish is when you know it's on and the day is going to be won. Heroic vibes mixed with Lashmush's trademark rawness and shreddage follow not long after. He mixes different motifs at the end very nicely to give us a very satisfying climax to the track."

Lashmush has made badass contributions to previous BadAss entries, but this just might be my favorite - large, in charge, substantive, and gets the symphonic/choral bits right while still melting serious face. A fitting end to our initial barrage of P&R awesomeness - congrats to David, Pieter, & ALL artists involved in making BadAss: Paragons & Renegades a worthy, heroic addition to the BadAss family! 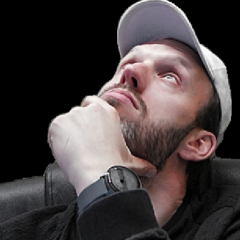 Wow, great work ... just listened to this remix for the first time... goosebumps! Really... really NICE! Keep it up! Thanks for your work.

You know, when I saw in the project thread that Lashmush was doing a Doom ReMix, I got super excited, because, boy, his works on previous volumes is just superb to say the least. Imagine my reaction when this juggernaut was released into my ears for the first time. An epic, unapologetically brutal symphonic metal take on some of the best Doom music? Hell yeah, sign me up! Absolutely perfect shreddage combined with breathtaking orchestral parts is certainly what one may need when murdering a bunch of demons! Good stuff