heymagurany (Matt Magurany) debuted back in 2018 with a sweet classic rock take on Skyward Sword, and follows that up with this organ-forward Celeste proggish rock medley off of BadAss: Paragons & Renegades:

"Hi, everyone! Hope you are all well. I am submitting my entry from BadAss: Paragons + Renegades so it may be an "official" OC ReMix.

I hope it isn't too medley-y for the panel. I started this arrangement when the BadAss folks were recruiting and I was originally going to stick with "First Steps" only. But there are so many good songs on the OST that I couldn't help but add a few more. In fact, I really wanted to squeeze in "Starjump," but I couldn't make it make sense in the song. Anyway, I ended up with this six-minute monster and it didn't need to be longer. In the end, I hope that this arrangement takes the listener on a similar journey that Madeline experiences in-game.

Celeste was my favorite game of 2018 and I knew I had to make an arrangement of at least one of the songs in the amazing soundtrack. So when I saw a new BadAss album in the works, I took the opportunity! This was a tough one for me. I wanted to make a rock arrangement while keeping to the source enough to make it obvious that Madeline is the BadAss in question while at the same time changing things up so it's not just a cover. So I smashed together "First Steps," "Resurrections," "Scattered and Lost," and "Confronting Myself" into a guitar/organ, slightly proggy rock thing. I hope you enjoy the result!"

As a side note, Celeste composer Lena Raine was just revealed to have assisted on the soundtrack to the newly released Deltarune Chapter 2! Pretty cool. This mix does kinda just START - no intro, no build up, just throws you into the pool. It turns out the water's just right, though, as Matt confidently weaves together the various themes with a generous & consistent application of persuasive guitar & organ parts; I like that the latter isn't just a cameo, as keys remain present & critical throughout. Judges were unanimous, and MindWanderer was fine with the intro (so was I, but I thought it worth mentioning!):

"I personally think the intro is fine as an intro, it reminds me very much of some Black Mages stuff. The OST's use of leitmotifs certainly does lend itself to a medley-ish approach that doesn't hit you over the head with transitions, except for the one at 2:33. This easily feels like a cohesive whole. Absolutely stunning solo at 2:07, this is the kind of thing I hope for in any metal track we get. Mix could maybe be a smidgen cleaner, but I'm nitpicking, and it's fine for the genre anyway. Fantastic work."

"Starting off with an uplifting intro that's full of hope, heymagurany takes us on a journey of self-discovery. Retelling the story of Madeline as she journeys to the mountaintop in song form, the track takes us on a rollercoaster of doubt, despair & ultimately triumph, though ending on a darker but ultimately balanced finale... of sound and emotion! You gotta punch the shadow within, and find that good balance, maybe rock the hell out to this track while you do it!"

"Another new addition to the BadAss family, heymagurany, was one of the (if not the) first to finish his track for this album, so mad props to him! We're getting more into the rock vibes here yet, but it still has a very heroic and uplifting vibe to it, certainly at the beginning! heymagurany shifts perfectly between different themes of the game and sews them together perfectly, playing with the dynamics of the piece and adding some sweet organs! As we progress further into the track, darkness is creeping up, the uplifting vibe slowly but surely fades away… perhaps incorporating the frustrations of all of the players who tried finishing this game? It gets more BadAss and raw along the way, giving a sense of what's to come in the second disc! Great track, great dynamics, and great guitar work!"

Yes, yes, and yes - that all checks out :) Emunator had our first featured Celeste mix back in December of last year, and now it has some company to huddle together with & keep warm. Superb work from Matt, who delivers a substantive, electrified, & narrative chunk of satisfying prog rock/metal - enjoy! 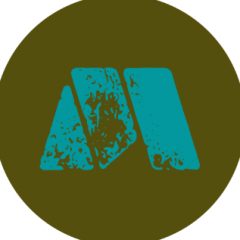 Thanks, @Pavos and same! Looking forward to the next BadAss album. ?

Congrats on your mixpost! It was a great addition to the album and it was a real pleasure working with you!