I needed to rest & recalibrate a bit last week so we had a brief lull, but we're back to start a new week by closing out our last Arcadia Legends flood with a dynamic duo of mixes, starting with this plucky, nostalgic folk trumpet/piano-led waltz from newcomer TSori (Logan), collaborating with Deedubs (Mike DeWeese); the former writes:

"I have wanted to do a ReMix since I first started visiting OCR back in 2002. It's been a long time coming, but I'm thrilled that I am finally able to make it happen.

I initially chose Drachma's theme with a plan to arrange it as a mournful Spanish trumpet and guitar duet, reflecting the loss of Drachma's wife and son, but, try as I might, I could not find a way to beat the source material into that shape. I was just about to throw in the towel when, on my way to work one morning, a song by a Korean indie folk group came up on my playlist. As I was listening, I started to hear the melody of Drachma's theme layered over the top of this kind of whimsical, lazy song. By the time I'd made it to work a few minutes later, I'd realized there was a story to tell here too. Rather than focus on the pain of Drachma's loss, this ReMix would be a soundtrack for his nostalgia-tinged memories of "better days" spent sailing peacefully through the skies with his family.

The basic elements of the arrangement came together pretty quickly after that: A "waltzy" piano similar to the song that inspired the mix, a key change from the source material to bring it into the same general range, a lead trumpet to be Drachma's voice, a harmony trumpet to be his wife's voice, a flute (later melodica) to be his son's voice, a few other simple percussion instruments to add character, and some rhythmic changes in the melody to give it a more carefree, playful feel. The ending was planned as a fadeout to show that Drachma's memories don't have a true "ending," followed by a music box melody to imply that he had something of his son's that triggered his memories (he has a box of feathers in the game, but they don't make noise so... music box). Both the music box and the melodica play variations of the same melody: the piece of the source tune that I took to represent Drachma's son. The short piano break in the middle was added to give a change in pace and also to show some of Drachma's sadness creeping into his reminiscence, which, after a moment, he chooses to ignore in favor of the happy memory, hence the sudden trumpet entrance.

I got it this far, and then I got stuck. I had an arrangement that was workable but unrefined, and my production skills are pretty limited. Enter Deedubs! I was thrilled to get his offer to help, and he really deserves credit for turning this idea into a finished ReMix. He took my raw arrangement and fleshed it out, all the while being sure to check that any changes still followed my original vision, which I greatly appreciate. In keeping with the "indie" style, we tried to do as much with live recording as possible, excepting instruments that an indie band would likely play on a keyboard anyway (piano, string section, music box), and some of the percussion. I recorded the lead trumpet part, which was a lot of fun to play and experiment with stylistically, the melodica solo (which took several seconds of pre-breathing to play in one breath), and the triangle, because... why not? Deedubs, being a trumpet player himself, recorded the harmony trumpet part, and took care of the virtual instruments, as well as the mixing.

All in all, "Better Days" was a lot of fun to put together, and hopefully, it's just as much fun to listen to.

Truly cool backstory, there, and also just fun to see a mix come together where both collaborators play the same live instrument. I love the mood change to something more reflective & positive, and the per-character part-writing adds a nice familial touch as well. Before I move on, I've also got to give Logan some kudos just for making this happen, and realizing a goal from 2002, when the site was still rather young, and so was I :) Mike adds:

"When I first began working with TSori, he already had much of his arrangement done, so my main challenge and biggest priority was making sure that I helped him realize his vision without making too many major changes.

Along with sending me his original arrangement, he also sent me the Korean indie/pop song that inspired his vision for it. The song was such a charming and enjoyable tune: simple, flowing, and intimate. In order for me to work with such a vibe, I had to really tone things down from my general genre/stylistic choices. Big symphony orchestras? Nope. Expansive electronic music? Not here. Thick jazz chords? Up to a seventh, and that's it, mister!

Arranging for such an intimate instrumentation and soundscape was quite challenging, and mixing it all was even more so. Add on to the fact that I had never worked with and integrated live recordings into my projects before (other than my own trumpet playing and voice stuff) and I truly had my work cut out for me.

I've learned quite a bit from these challenges, and hopefully what has come of it all is a tune that is as charming and fun as the one that inspired it. It was a pleasure to help out on TSori's project and to play trumpet "alongside" him!"

I think it came together beautifully; because they aren't sweeping, epic affairs or intense EDM bangers, arrangements like this can sometimes get less attention, but the character, the vibe, the performances, and the general space that the mix creates is precious, warm, & really resonates. Larry Oji writes:

"Without knowing the context of the in-game usage, "Drachma's Theme" has a regal air to it, one where you could easily envision an airborne vessel majestically moving forward. I can appreciate TSori's transformation of the theme with Mike's help from a regal-sounding piece into something that feels more like a fun jaunt thanks to the new rhythm and the trumpets in particular. The changeup into the music box cameo section was smart stuff, and TSori's apt description of the intended imagery was a nice touch. Perhaps someone else may take up the challenge of turning said theme into something mournful, but I don't mind that it didn't materialize this time around. Perhaps something to shoot for down the line; TSori wouldn't be the first ReMixer to arrange the same theme twice on OCR. :-)"

Live performances (TWO trumpets!) add a great deal of intimacy & character and would have been hard to emulate/sequence to the same effect; excellent work from both artists, and a seamless collaboration where a musical mind-meld resulted in a piece that speaks with a single, happy-but-wistful voice. Enjoy! 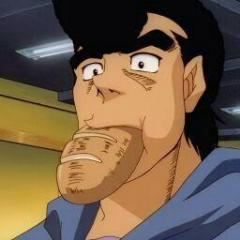 So this was a bit of an interesting track for me. I wasn't really sure how this song would be realized since the original melody was pretty rough to work with and interpret. So imagine my shock and surprise when @TSori came back to me with a trumpet heavy version of Drachma's theme which was a far cry from the more formal and somewhat steadfast mournful tune that one could describe Drachma as being. However, it was very sparse, light in the polish department and definitely in no stage to present as a final track. @TSori himself said he wished he had more skills to make it into the vision he wanted. I told him not to write himself off just yet, because I actually liked the direction he took the song. Knowing that @Deedubs had helped @Supercoolmike out on his track earlier on the album (Which @Supercoolmike should totally submit for eval and approval to OCR!), I took a chance and asked him again to see if he'd assist in helping @TSori out. @Deedubs was gracious yet again and found the challenge invigorating since it caused him to pare down his style rather than build it up, a unique remixing endeavor! What came out of this collaboration was a charming mix that can't help but bring a smile to my face. And the best compliment of all? Whenever it comes on the car stereo, my boys refuse to have us turn off the engine or get out of the car until the song finishes playing! You can't get better feedback than that!