Do Grades Matter If I Want To Go Into Music Composition/Arrangement? 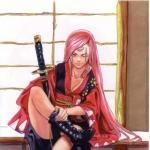