OCR Cribs (the "Post Pics of your Studio Area" thread!)

My space after recently getting around to actually setting it up. Not complete, but it works for the moment.  Starting off with the DAW itself. A couple of HP ZR22w monitors, Neumann KH120A for m

Haven't done one of these in so long.... 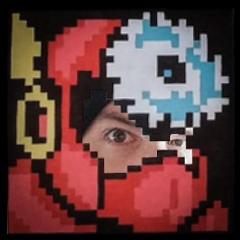 My room was so full of shit, I couldn't even setup my guits anymore, so I decided to use massonite sheets and hang them with the tools.. should have done that earlier !!